Home Asia China The Two Steps You Need to Qualify for a Free 72 Hour... 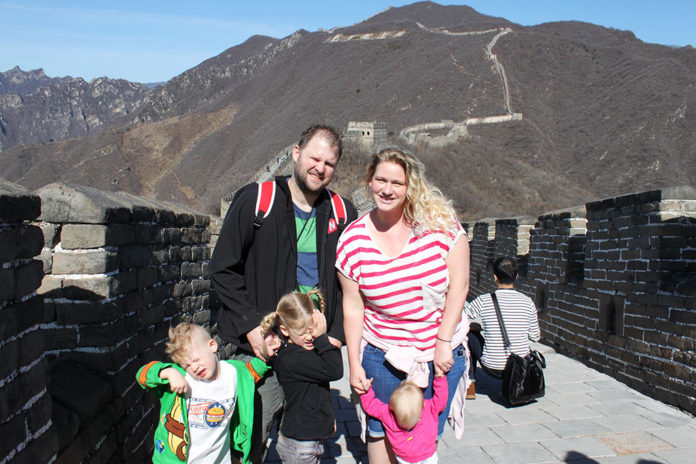 Have you ever wanted to go see the Great Wall of China, or visit Shanghai Disneyland without having to pay an extra $1,000 in Chinese Travel Visa’s? You can. And, it’s easy. We’re going to show you how in 2 easy steps.

No, really, it is that simple, but let’s talk about each of these steps in a little more detail because we know it sounds too good to be true.

Step #1: Buy a ticket to a different country than the one you flew in from within 72 -144* hours of arrival

There are very specific parameters regarding the cities you can fly from, and the cities you can exit to. First, you must be a citizen of specific Asian, European, Oceanic or American countries to qualify for the 72 Hour Temporary Chinese Transit Visa.

If you have a passport from one of these countries, than you qualify for the 72 Hour Temporary Chinese Transit Visa.

With citizenship from one of the countries listed above you can fly into any of the cities operating under the 72 Hour Temporary Chinese Transit Visa.

The tricky part is that you must depart to a different country than the one you flew in from.

If you flew from the United States, you could not fly back to the United States directly. You would need to fly to a third country first, such as Japan, or South Korea. Because Hong Kong is not considered a part of mainland China, it qualifies as a third country. Many stopovers occur in Hong Kong, so this could be a natural stop on your way home. Alternatively, many travelers plan a trip to include a stop over in China to see an attraction before continuing onto India, Japan, or Thailand.

You also must have seat assignments, so sorry standby travelers, this doesn’t include you. This doesn’t apply to entry tickets however. They don’t seem to care how you got into the country, just that you plan to leave – and quickly.

On our second trip to Shanghai, we flew from San Francisco directly to Shanghai and played at the brand new Shanghai Disneyland! (Yes, it’s so cool and yes you should go!) From Shanghai we flew to Tokyo, and spent a month traveling around the country of Japan. In this instance, we could not have flown back home to the states because we flew in from San Francisco so we had to fly to a third country before going back to the states.

All but three of the cities allow for a 72 Hour Temporary Chinese Transit Visa. The clock starts ticking at midnight the day you arrive. If you plan for a morning flight that arrives at 8a, you could effectively stay closer to 84 hours.

The departure flight must be scheduled to depart by midnight on the 3rd day of your stay. Except for Beijing. In Beijing the clock starts the moment you arrive and counts down immediately. For our stay, our arrival day was spent finding our hotel and walking around the city center. The second day we hired a tour guide to visit the Great Wall and then the Forbidden City. We left early in the morning on our 3rd day to avoid any unwanted penalties.

The remaining three cities allow for a 144 Hour Temporary Chinese Transit Visa, including Shanghai, Zhejiang, and Jiangsu. Unfortunately we neglected to realize that Shanghai offered this extended temporary visa transit when we visited. Realizing we could have explored the city of Shanghai as well as Disneyland left us extremely disappointed.

Step #2: Head to the immigration queue for Temporary Chinese Transit Visas and present your ticket and passport

There is no special paperwork or special status to apply for prior to arrival. It is entirely up to the traveler to ensure they meet the necessary criteria for the Temporary Chinese Transit Visa. You can risk denied entry and be sent back on a plane back from where you came from if you don’t meet the requirements.

Of course, you will still need a valid passport and any required visas for onward travel.

When you arrive, you’ll head to the Temporary Chinese Transit Visa immigration line. There you’ll have to fill out additional paperwork along with your customs form. This paperwork includes where you’ll be staying and what you’ll be doing, but most specifically, when you’ll be leaving.

This is scrutinized to the upteenth degree. They may not ask you a single question, but they will look over your paperwork with a magnifying glass. You’ll want to have a copy of your exit tickets, seat assignments, dates, airlines, and passenger names clearly indicated. While your children run around like banshee’s, they will take forever to investigate your eligibility.

When we traveled to Beijing, the customs officer was mean. He was direct, sullen, and irritable. He had a difficult time reading our paperwork, and he was unhappy we were there, or he was there, or maybe both. We waited for a long time. The woman ahead of us was extremely impatient and rude. She was yelling at him the entire time, and I really thought he was going to arrest her.

When we traveled to Shanghai, the customs officer was much more laidback. They still took an inordinate amount of time to review our paperwork, but it didn’t feel as strict.

Once immigration clears you, you are free to go. But, you must remain within administrative city boundaries. If you came to Beijing, stay in Beijing. Within the 72 hour parameters, only in Dalian or Shenyang, and Xian or Xianyang can you travel between these two cities.

The three cities which allow for 144 transit free stay – Shanghai, Zhejiang, & Jiangsu allow you to move between these three cities and depart from any one of them.

If you overstay, the consequences vary from paying a fine to being banned from visiting China again for 10 years. Maybe prison, I don’t really know. Probably not, but for a while I really thought that was the penalty.

If you are willing to hop around, you technically could visit all 11 cities on the list by traveling back and forth from Hong Kong to Macau to Thailand to the Philippines. At that point, considering the cost of airplane tickets, it’s probably worth it to buy the visa or look to qualify for the 10 year visa.

For an awesome in depth guide, check out Travel China Guide. This is one of the resources we used when planning our trips. It has a lot of info that is hard to digest at first, but once you start to gather the pieces it’ll make sense.

This may seem daunting at first, but it’s actually really simple. The idea is to gain more tourists, increase revenue and boost the economy. Follow the entry and exit rules and you have nothing to worry about.

► For Kids: China is a unique country steeped in tradition. The opportunities for world schooling are endless. Offering a hands on experience of the Great Wall of China, the most futuristic city in the world, or the terracotta sculptures present an experience and a story no history book could ever illustrate. Culture, language, population and cuisine provide so much for your children to learn about.

Have you utilized the 72 Hour Temporary Chinese Transit Visa in China? Was your experience as easy as we made it out to be? What did you visit during your stay?

Check out our time at the Great Wall of China and the Forbidden City (coming soon). Don’t forget to read our review of the newest Disney park: Shanghai Disneyland, including riding the new astonishing Pirate’s of the Caribbean ride.