Home Are We There Yet? Airlines Insider Secrets from an Airline Employee: How to Fly with a Buddy... 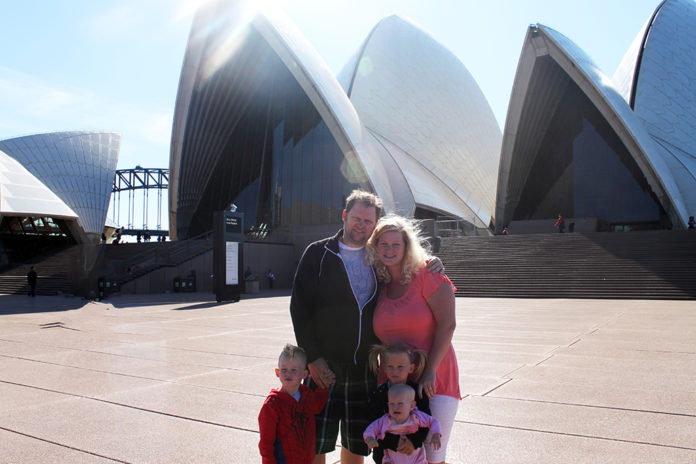 Have you ever wanted to fly on a buddy pass? It’s cheap, but it comes with a cost. Personally, I love the thrill of flying standby. But if there is one thing you need to know about flying on a buddy pass: it’s not for the faint of heart.

Basically, you don’t know anything.

If this sounds like an adventure to you, you are a perfect candidate to fly on a buddy pass! As an airline employee I get asked all the time about my buddy passes. If you’ve ever thought about flying on a buddy pass – this is for you!

So You Think You Want To Use A Buddy Pass?
What You Need to Know

What is A Buddy Pass?

The benefits are for:

In addition to these benefits, employees are issued several buddy passes each quarter. A buddy pass is a standby ticket, or space available ticket, on their specific airline. Employees of that airline can share buddy passes with friends or family that enables the rider to fly at a significantly reduced rate, if someone hasn’t purchased that seat.


For instance, our family took a trip to Disneyland with Gabriel’s cousin a few years ago. My family flew on my benefits, but gave Gabriel’s cousins family buddy passes to use to fly with us – as his cousin was neither my child, my spouse, or my parents.

We all flew in seats that hadn’t been purchased and would have otherwise gone empty.

Where Can You Fly?

Anywhere that airline flies as long as there is an open seat. You can fly anywhere on the route map from that specific airline, whether direct or connecting, but you must pick a city pair. Buddy passes are not open ended tickets issued as a free for all.

If you want to change the destination, you can do that too, but all changes must go through the employee who gave you the buddy pass.

The airline employee who gave you the buddy pass is like your personal travel agent.

You cannot show up at the airport and fly anywhere open ended, and expect the airline employees to take care of everything for you. You also cannot take a buddy pass from one airline and switch it to another airline.

If you got a buddy pass for Southwest, you fly Southwest. If Delta, you fly Delta. If IcelandAir, you fly IcelandAir.

Will I Get On A Flight?

Then, the next people in line are buddy passes.

Priority Sequence when Flying Standby on a Buddy Pass:

The airline employee can tell you where you fall on the standby list prior to your flight, but the greatest and worst thing about flying on a buddy pass, is that the list changes by the second.

What is the Best Time to Fly?

The best flights to take will be early morning flights. The ones that leave when you should be sleeping. These are the most often missed flights, and customers who miss their flights means open seats for standby travelers.

The next best flights to take are during rush hour in big cities.

Everyone wants to leave for the weekend. Flying out on Friday night, and back on Sunday night or Monday morning will give you a lot of competition.

Flying during holiday periods, or school breaks are a definite no-no.

Flying out of any airline’s hub is also a sure way to make yourself miserable. Remember all those airline employees that have a higher priority than you? They all live in the airline’s hub city.

If you don’t make it on the first flight you try for, you can try for the next one. You can continue to roll over to the next flight until you don’t want to try anymore.

Who Can Use A Buddy Pass?

Anyone! But, you must know that flying standby is not for the faint of heart.

Flying standby is not for someone traveling to a wedding, a funeral, a cruise, a baby blessing, a 50th birthday party or wedding anniversary, a very expensive event, etc.

You don’t fly standby when anything is on the line.

A Buddy Pass is a Gift

You can’t buy buddy passes, nor can you buy standby tickets. A buddy pass is a gift from an airline employee to fly on their airline, shared with someone they explicitly trust with their livelihood, who doesn’t have to be anywhere specific in any specific time frame.

You must abide by all FAA and TSA rules and regulations.

All changes to the reservation, including where you want to fly, who wants to fly, the dates you want to fly, and any and all questions about the flight including your baggage allowance and whether or not you are going to get on the flight, must be directed to the employee who gave you the buddy pass.

You are not a customer, so don’t create extra work for the employees who are letting you sit in an empty seat to fly across the country for next to nothing.

You are a guest, you are not a customer.

Would you go into someone’s house where you were invited over for dinner sweating and not wearing any deodorant after running a marathon and head straight for the kitchen to deplete the cupboards? No, you’d be considerate and cordial. The same applies to flying on a buddy pass.

You arrive at the airport. You sit politely and wait. You speak when spoken to. You graciously accept any information that is provided, and you do not expect anything.

You wear nice clothes; nothing offensive, nothing torn, nothing revealing, no flip flops.

You don’t create more work for the airport employees, or the inflight employees. You recognize that just about everyone on this flight paid hundreds of dollars while you paid tens of dollars, and you keep that to yourself. You silently muse how lucky you are and when you arrive at the destination you can kiss the ground.

Feel free to bring the crew gifts, and/or chocolate. This is expressly what the duty free stores are for. Don’t make a mess.

And never, under any circumstances, use social media to talk about what you are doing.

You flew for free, or practically free, and you’re not entitled to compensation for anything that does not go your way.

You have no justification to complain. If you do, you’ll never get another buddy pass again from anyone ever, and you’ll likely be banned from flying on that airline ticketed or otherwise.

This post is for informational purposes only. I’m not offering buddy passes, nor am I selling them, nor am I giving them away to strangers. If you want to fly on a buddy pass become really, really, really good friends with someone who works for an airline.

What did I miss? Do you have any questions about using a buddy pass, flying standby or working for an airline? Do you have a great buddy pass flying experience?
One of our most fun experiences was trying to leave Cancun International Airport!