Home Are We There Yet? Airlines The Hidden Lurking Danger No One is Talking About | Japan Airlines’... 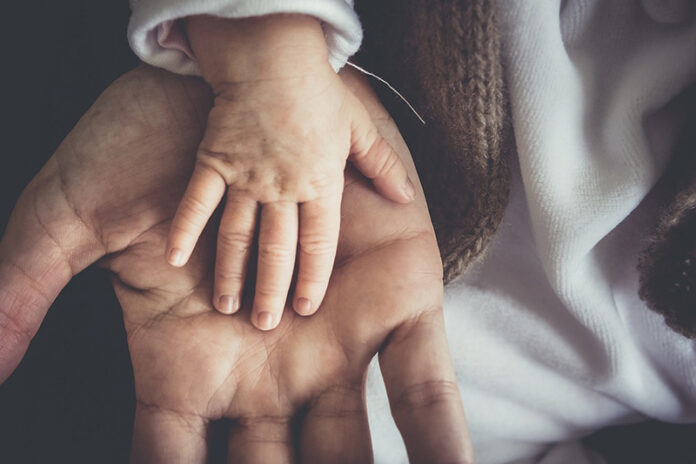 Japan Airlines just announced their latest perk when it comes to choosing where you want to sit on your next flight: Baby Free Zones. Now, when a parent books a flight with a lap infant, a child icon will be placed on the seat map as a warning for all those dreading an encounter with a small human.

The childless internet is rejoicing, loudly. Far louder than any child on an airplane ever had the nerve to cry.

? Finally! Someone cares about their Generation Z personal entitlements!

? Finally! Someone cares that they didn’t want to have kids!

? Finally! Someone cares that they are bothered!

Their collective hysterical sobbing is finally putting good use to the complimentary ear plugs I’m gifted every time I fly.

What is Japan Airlines’ Child Icon?

A child icon indicates that a lap infant will be sitting on a parents lap. A lap infant is defined as a child between the age of 8 days old and 2 years old. Both the Federal Aviation Administration and the International Civil Aviation Organization allow children under the age of 2 to fly on their parent’s laps.

In airline speak, that means free.

What Happens When a Child Turns 2?

They enter ‘The Terrible 2’s’.

Somehow, just because the FAA and the ICAO say so, a child doesn’t turn into a magical unicorn on the second birthday.

Personally, two years old is my favorite age. They still love to cuddle, they will still listen, but they want to do everything by themselves. Part of the reason for this is that they find everything in the world fascinating.

They want to experience all of it!

What Happens When a Child Turns 3?

All bets are off; they become a ‘Threenager’.

They have the attitude and knowledge of a teenager with the dexterity of a toddler. They are child orators with the negotiation skills of a lawyer, and they’ve got you wrapped around their little finger.

They are sussing out how everything around them works. From inanimate objects, to the environment, and especially how other people react to them, and their behavior. Age 3 and 4 is absolutely critical in terms of how a growing child perceives the world.

They are figuring it out. Heaven forbid.

What Do the Terrible 2’s and Threenager Years Have in Common?

Neither are indicated by a child icon on Japan Airlines. Herein lies the rub.

In 8 years of traveling, my son has had one break down on a flight, and that breakdown occurred at an age that no child icon would have been placed on his seat assignment.

He was screaming so loud I tried to escape by taking him into the bathroom. I hoped to go into a quiet and secluded place to try and mitigate the noise and calm him down, but the flimsy door of the bathroom did nothing to muffle his cries.

You know what else did nothing to muffle his cries? Being seated 30 rows away.

My point is if you manage to seat yourself 5 or even 10 rows away from a baby under 2, you will not escape flying with other people.

My point is, that child icon is accomplishing nothing.

…except, for one thing.

You know what I want to see when I’m choosing a seat on a flight? An indicator that reads: pedophile. If you find that too offensive – predator or sex offender, will get the point across just as well.

In 2018, during the Sexual Assault Awareness Month of April, the FBI joined the discussion by taking the opportunity to alert the public that sexual assault aboard aircraft is increasing at an alarming rate.

Before we get into the statistics, let’s consider what that means in light of Japan Airlines now alerting every known sex offender to my specific family information.

See, you can look at the seat map before you buy your ticket.

A child icon not only alerts sex offenders to where children will be sitting on an aircraft, but also gives them the opportunity to craft a plan. In police jargon, that is called a premeditated crime.

A child icon offers predators knowledge they can use to lure victims into a false sense of security. First choosing a seat next to a family and then befriending the family during the flight earning their trust.

Just a few months ago, in broad daylight, a woman tried to snatch two children from their parents at the Atlanta, Georgia airport. ATL is the busiest airport in the world. It’s horrible to think about the ‘what if’ the child was first targeted onboard the aircraft.

It is estimated that up to 28,500 trafficking victims a day may travel on commercial airlines throughout the world.

70% of trafficking victims are female, and half of those are children.

Japan Airlines’ Child Icon has decided to target both of them.

What Potential Could Happen with Japan Airlines’ Child Icon?

Highly populated and congested areas are high profile targets for these types of crimes. Places like Disneyland, where our children were targeted for child trafficking, are ripe.

It’s easy for criminals to get lost in a crowd, and it’s easy for them to escape without suspicion.

FBI Special Agent David Gates, who is tasked with investigating sexual assault aboard aircraft concedes that many assault crimes onboard aircraft go unreported. In fact, sexual assault, regardless of where it happens is a vastly under-reported crime.

But why specifically is an airplane a target for sexual predators? Why aren’t crimes reported? Flight attendants say airlines attendants have inadequate training, support and protocols when it comes to handling reports from passengers. Put plainly, they haven’t been properly trained to handle crimes related to sexual assault onboard an aircraft.

1 in 5 flight attendants say they have witnessed a passenger being sexually assaulted or had an assault reported to them. And what does a criminal need to be afraid of when it does happen?

See, it’s very expensive to divert an aircraft for an emergency. So, therefore, sexual assault is not deemed an emergency.

An airline’s first priority is to keep everyone safe. Again, let me remind you, not safe from sexual assault, just a two year old who might occasionally pull down her mask.

And all that before airlines began notifying passengers in advance where targets will be seated.

The irony is that the first airline to introduce this asinine policy is located in Japan.

Japan is notorious for being lax on predatory behaviors. They even have a nickname for the people who commit these crimes publicly: chikan.

Let that sink in.

Japan has a nickname for people who grope, molest, rape, and sexually assault other people in public.

Here’s some numbers for you.

Imagine what happens in private.

American based airlines aren’t far behind. A long time ago in a faraway land, an airplane ticket used to mean you could board a plane and fly to a destination. Now, you have to pay extra to sit down.

Because, of course, seats aren’t guaranteed.

Aside from a scant few airlines, you can no longer purchase an airline ticket without also paying for seat assignment. First they make you pay for a seat, then they let a predator pay to sit next to you.


The following distinction here is so important. You can bring a miniature pony on a flight for free, and call it an emotional support animal, but you can’t sit next to your child for free.

This is the age we live in.

What About Parents Separated From Their Kids?

Pony up! If you don’t want to be separated from your kids on a flight, pay the big bucks to be seated next to them. You don’t want to sit next to someone else’s kids during your flight, SOL.

But, but, but, what about the Lasting Improvements to Family Travel Act passed in 2016 that requires air carriers to provide seating for children under 13 with at least one parent?

Are you a lawyer, or prepared to fly with a lawyer for each and every trip? If not, you might as well forget that law was ever passed because there are so many caveats it’s pointless.

Congress’ latest endeavor is testing whether or not the seat you just had to pay for is big enough for you to escape the aircraft in case of an emergency.

Not a sexual assault emergency of course, we already established that.

No, we are talking going down in flames kind of emergency. And here is the paradox. Whether or not the seat is big enough is hardly the biggest problem. The biggest problem is Mom and Dad blocking the aisle because there is no way in hell they are leaving that aircraft without their children.

How can we expect a child to grow up respecting others when they are treated as a nuisance and not respected themselves?

Here’s what I propose:

Rather than start labeling every person who books a seat on a flight, which is what most critics are calling for:

This is Diapers On A Plane, after all, but what if – crazy idea – we just don’t. We don’t discriminate.

Discrimination is the act of treating someone differently based on physical characteristics. Color, sex and age are all common examples that make the news every single day. So, where is the outrage?

Did you know that according to UNICEF, the United States ranks 26/29 of industrialized nations when it comes to overall child well-being. Japan doesn’t even make the cut.

Here comes the irony again. Japan Airlines’ is introducing a child icon when they rank 171/190 for the lowest birth rate in the world!

What is the real threat of ever even seeing a child icon on the seat map? In Japan, probably slim. But as far as business practices go, they are setting a precedence for other airlines to follow.

Unless… Unless the consumers don’t stand for it.

Read more about when a child trafficker approached our children at Disneyland and asked them to call him grandpa.