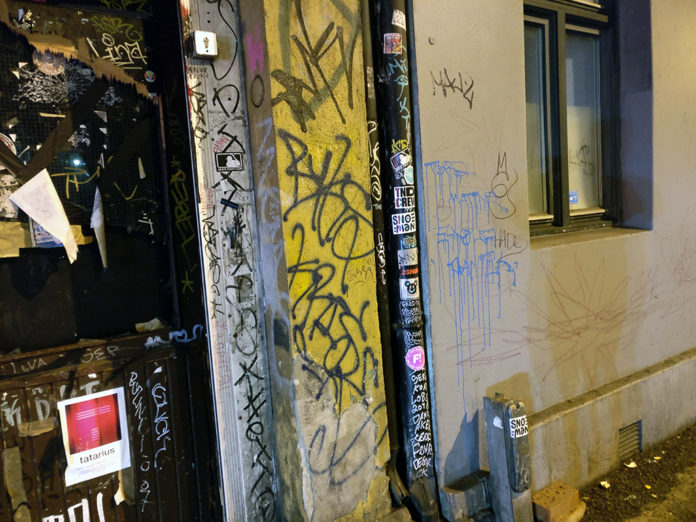 We knew it would be an adventure to travel for Christmas, especially through two different climates and with a suitcase full of Christmas presents, but we didn’t quite anticipate everything that could go wrong, would go wrong. On our first leg of the trip from Salt Lake City, Utah to Galveston, Texas one of our bags of luggage was splintered at the wheel and two of the wheels were basically hanging on by a thread. On the third leg of our trip from Galveston, Texas to Oslo, Norway, one of our bags full of all our Christmas presents was left behind in Frankfurt Germany only to arrive after our attempted flight to Tromsø, Norway. In a twisted blessing we didn’t make that flight, retrieved our broken luggage and our bag of Christmas presents and inadvertently booked a stinky boy’s dormitory at the last minute to spend Christmas with our three children. This is the Christmas Story of our bad airbnb horror experience.

After we missed our flight to Tromsø, Norway, we had to quickly put together plans to now spend Christmas in Oslo instead. Being a Scandinavian country everything shuts down for Christmas so we had to quickly find a place to stay, make it into the city, and go grocery shopping all in less than three hours!

We were first attracted to this airbnb because of the one weird… We totally took the bait, and skimmed over the first review which was glowing. Turns out the one weird thing was that this is an apartment building renovated from an old corn silo. It was a good price, even after including all the kids. We booked it and caught the train into the city. On the train we contacted the host, Martin, to let him know we would be there right at six – the allocated time for check in. This is when our bad airbnb nightmare began.

Within a few minutes the host wrote us back to let us know that the apartment wasn’t clean and that he was out Christmas shopping. We could check in after 9p when he was done. After everything was closed. After we had been traveling for over 36 hours. After my birthday was over. While we had nothing to do with our three giant suitcases, two carry ons, two backpacks and a toddler car seat. We immediately asked for a refund, which of course he wouldn’t give us but told us instead that he’d have the apartment ready… In a half hour he would not only get home from Christmas shopping but have the apartment clean? We contacted airbnb who refused to acknowledge the unreasonable conditions we would soon be walking into and sided with the host.

We had poor and spotty cell service coming from the states and weren’t able to get a hold of Martin once leaving the city center, or download the instructions for accessing the apartment. He had left the access card, like a hotel key card, not an actual key, at the local 7/11, but we needed a code to get it which we could not access. We walked back and forth from the apartment to the 7/11 three times and it took an hour to finally get the information we needed to be able to get into the apartment.

The apartment appeared to be at the end of a nice area of town (see the first photo), but there are appearances and then there is reality. Additionally, Martin indicates in his listing that his apartment is student housing. Don’t assume this means students live here, it actually means it’s a boy’s dormitory. Only in Harry Weinstein’s universe does family friendly equate to boy’s dormitory.

Our terrible experience continued at this bad airbnb as we made our way up to the 5th floor and opened the door to the apartment. We were lambasted by the overpowering stench of a mix of odors including smoke, incense and stinky clothes and shoes that only an unhygienic European twentysomething could produce. Not even leaving the exterior door open in below freezing temperatures could mask the smell, which our inconsiderate host attempted to do as we brought our already cold children into this bad airbnb. The remnants of the candles he lit to diffuse the smell were scattered throughout the apartment, but it would have likely been far more beneficial to remove the pile of stinky shoes next to the bed and the overflowing laundry basket of dirty clothes, including the used towels hanging in the bathroom.

The apartment didn’t even come close to resembling the pictures included in the ad. Towering dead plants were pulled out of their pots, the shelving was stuffed full of misc items that had no other place to go, the shower was coated with scum, the inside of the fridge was possessed. We were living in Martin’s squalor. We could not stay here with our children, let alone spend Christmas here. We called airbnb to explain the horrendous situation to them, demanding a swift refund as we would be booking a place to stay elsewhere. They asked us to send pictures of the apartment and wait for them to be reviewed.

We elected to walk down to the store while we waited for airbnb to contact us back. At the very least we would have groceries for the next few days. This short walk introduced us to what Martin called the best part of town. Horrific and explicit graffiti lined the streets with images and text that no moral parent wants to see, let alone expose their children to (see top photo  – the least offensive of what we saw). Our bad airbnb nightmare continued.

After we finished our grocery shopping, airbnb called to condescendingly let us know the pictures were not indicative enough to warrant a cancellation, and they encouraged us to stay the night in an attempt to persuade us that we would feel better in the morning. Believing that airbnb was a credible brand that stood by their patrons and would not honor a booking that did not live up to its description, we left this bad airbnb. The fact of the matter was, we could not stay in this decrepit airbnb at any cost. Airbnb advised us they would reach out to Martin and be in touch.

We contacted Martin to advise him of the situation. He admitted that the apartment was dirty, but told us it was our fault because we wanted to be there so early. We left the access card in the home, knowing just as with a hotel, the door automatically locks and cannot be opened without. As there were no additional instructions or manuals, we contacted Martin again to let him know we weren’t staying. We then spent the majority of the evening receiving immature and angry pings from Martin about how someone could potentially break into his apartment and steal all his dirty clothes.

We didn’t hear from airbnb again for seven days. They never offered us a refund, not even for the airbnb administrative costs, despite the pictures, despite Martin admitting it was dirty, and despite Martin’s additional dirty reviews. Granted, the pictures I took weren’t the best. I was trying to emphasis specific issues, when in hindsight, taking scaled back photos was clearly a better idea. The assaulting smell made it difficult to make clear decisions, and we wanted to get out of there.

► For Kids: Don’t ruin their Christmas, their vacation, and their trip to Norway or yours by booking this terrible, bad airbnb nightmare experience in which the foul smells will linger in your nose for hours and your wallet will be drier than a puddle in the middle of the Arizona desert.

Ultimately, airbnb tried to win us back by offering us a $195 credit. This is less than half the amount we paid to Martin for a stay we didn’t complete. We denied the credit and contested the charge with our credit card company. In the future, Home Away, Kid & Coe, Flip Key and VRBO will be earning our business – that’s right airbnb, you got competition.

*Update: Airbnb reached out a few days ago and offered a refund just $40 shy of the full amount we paid for this creepy apartment. Though we are satisfied with the outcome, it seems like it shouldn’t have been quite so hard to do the right thing in the first place.