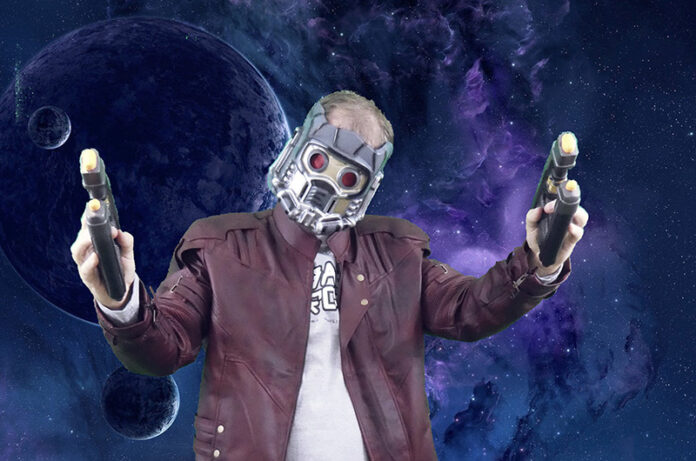 This year, our family is headed to Orlando to celebrate with Mickey Mouse and Company at Mickey’s Not So Scary Halloween Party as part of our Halloween festivities. We’ll be masquerading as Guardians of the Galaxy!

Dad will be dressing up in a Star-Lord Halloween Costume! What would family Guardians of the Galaxy costumes be without Peter Quill himself?

Gabriel grew up reading these comic books and has always loved the Guardians of the Galaxy. He was so stoked when he found out they were finally making a movie with all these wacky characters!

When trying to decide which character was his favorite, he went back and forth between Yondu and Star-Lord. Ultimately he didn’t want to paint himself blue, so Star-Lord won out!

I know. Why was this even a question?

The rest of the family will be dressing up in Guardians attire as follows:

Dad will be Ravager: Peter Quill, better known as Star-Lord

Yeah… we know our stuff. #SuperFans (Emojis by Aleksandar Savic)

This Star-Lord Halloween Costume is pretty easy to put together.

The best Star Lord Jacket you’re going to find anywhere is from a New York based company. FJackets, which is short for Film Jackets, makes high quality clothing including cosplay costumes. Their merchandise ranges from Pokeman to Stranger Things and everything else.

We chose the Star Lord Jacket from Volume II because it’s badass.

There are no words to express how badass this jacket is.

It fits like a glove, it’s warm, it’s distressed in all the right places, and it’s sharp looking. This is my favorite jacket.

The shirt is nice the first time you wear it, but it falls apart after the first wash. You’d probably be able to come up with something nicer with a vinyl patch and an iron on. Or…, just never wash it.

This same company sells pants, boots and gloves. We just opted for some standard boots and jeans from our closet, because you never really notice Star Lord wearing them.

If you want to be extra legit, check out everything they offer – including waterproof pants and a fake walkman – here.

When it comes to Star Lord’s helmet, you’ve got two choices.

True, while he doesn’t wear the helmet that often in the films, it’s so essential to who Star Lord is. He wouldn’t be Star Lord without it, heck, he wouldn’t even be alive without it.

Guess which one we chose? We picked up the same Space Blaster Guns for our little dude’s Rocket Raccoon costume as well.

This outlaw is ready to finally figure out who is father is, and then the beat the living crap out of him! 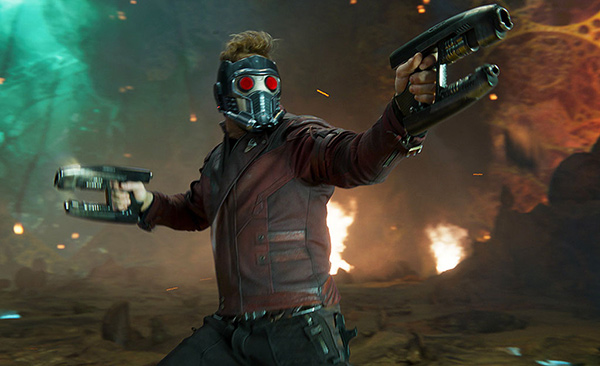 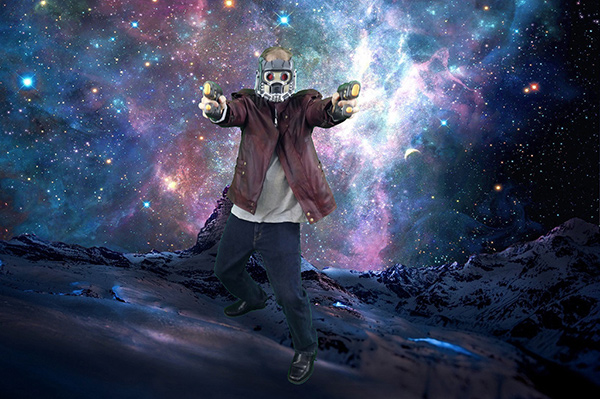 ► For Kids: Every Rocket needs a Groot. Every Groot needs a Star Lord. Every Star Lord needs a Gamora. Family costumes are the way to show the world that you really love your family.

► What We Learned: This Star Lord Jacket is the coolest thing we’ll probably ever own.

Where are you celebrating Halloween this year? Do you live in a full size candy bar kind of neighborhood? Or do you have to travel to get the best candy?

► Nap-Time Version: Including a killer Star Lord Jacket, this is everything you need to know to pull together a DIY Star Lord: Peter Quill Halloween Costume from Guardians of the Galaxy!