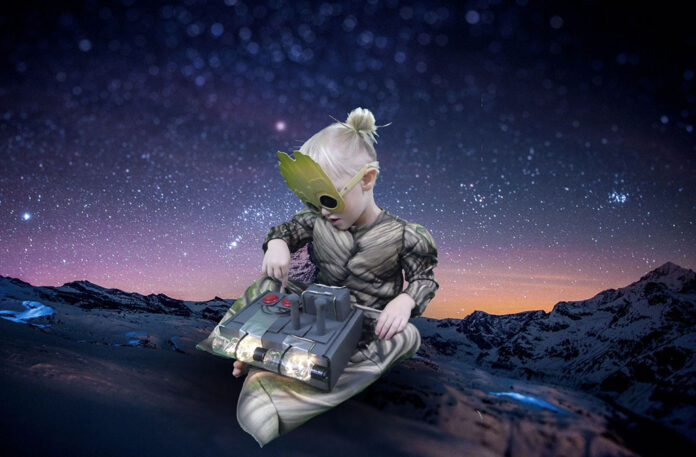 The real unsung hero of the Guardians of the Galaxy is Groot.

Every time it’s Groot. Which is why our daughter will be dressing up in a Baby Groot Halloween Costume this year to round out our family costume series.

Groot sacrificed himself to save the entire squad in the first Guardians of the Galaxy movie when he protected them in a survival capsule made exclusively from vines grown from his own body!

In Guardians of the Galaxy II he was the only one small enough to fit through the tunnels to carry Rocket’s Atomic Bomb to Ego’s brain stem. And he not only took on this task willingly, but with a smile on his face.

This year our family is attending Mickey’s Not So Scary Halloween Party in Orlando! Not only do we need epic show stopping costumes, but we need a Disney theme too. There was no argument in our house when we decided to dress up as Guardians of the Galaxy for Halloween. We are all super fans, and love this crazy band of outlaws.

Anything other than a Baby Groot Halloween Costume for our 2 year old would be sacrilege.

She didn’t necessarily agree. She wants to be Moana, so halfway through the night the Guardians of the Galaxy may have a new superhero join their crew.

Give her time, and she’ll appreciate the choice we made for her.

We picked up her costume, which is actually super adorable, off of Amazon.

But, the mask… is hideous.

Instead, we found a pair of super groot, Baby Groot shades for her Baby Groot Halloween Costume to stand in place of a mask! She can take them on and off at will, and they are a great match.

I thought she might be more inclined to be Baby Groot if she had a twirly brown skirt to wear with her costume. I envisioned layers of different shades of the color brown peeking through as she twirled; a skirt that matched perfectly with her costume.

Like I always do, I convinced myself I am a seamstress until the product was finished. It was a mess. It looked nothing like I envisioned and even worse on the costume. It bunched up at the waist and looked like a matted, knotted ball of twisted tulle hair.

It went straight in the garbage. It wasn’t even good enough for a play skirt.

For added dramatics, we also constructed our Baby Groot Halloween Costume to include the famous bomb that Baby Groot uses to destroy Ego’s brain.

The costume just wouldn’t be complete without it.

This prop is fashioned out of a child’s shoe box flipped upside down, and spray painted dark gray/black. Most of the items needed to construct it we had lying around the house, but we did have to purchase a few items.

Red Buttons (no they don’t come in a smaller quantity, even at the local craft store):

Check out this super speed run through to see how to make Rocket’s Battery Bomb Prop for your own costume.

All this Baby Groot has to do now is make sure and remember to push the correct red button! It’s the one on the left! 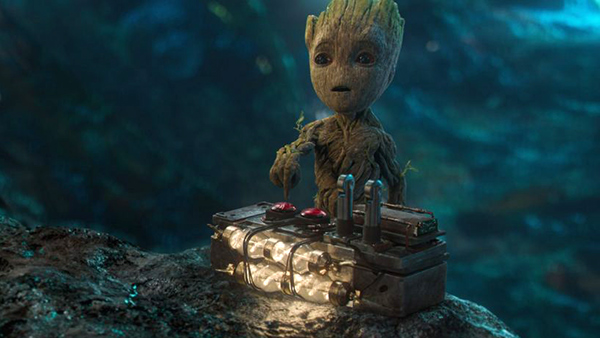 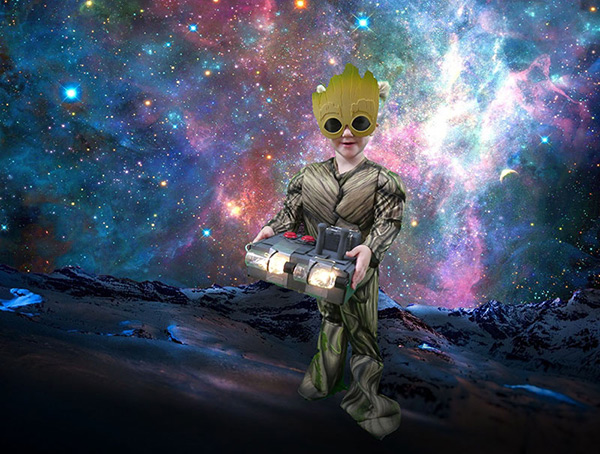 ► For Kids: Pretending to push the wrong button over and over and send everyone on the planet to their doom is a pretty fun game to play. Not just this Halloween, but every year this bomb comes out with the Halloween decorations.

Have you ever forced your kids to wear a Halloween costume to complete a trifecta? Or are we the worst parent’s in America?

Family Update: She loves this costume and wears it constantly around the house. She has begged to dress up as Groot for the past two years!

► What We Learned: There is nothing Gabriel can’t make with some zip ties, cardboard and a knife cutter.

The likeness of this bomb would scare the crap out of any living Planet in human form that knows the fate of Ego. Rest assured, no one was harmed in the making of this prop, and this prop is just cardboard. No atomic properties whatsoever.

► Nap-Time Version: Everything you need to know to pull together a DIY Baby Groot Costume for Halloween from Guardians of the Galaxy! [Includes Rocket’s Atomic Bomb!]