Home Play Time Culture What Not to Do on Your Northern Lights Chase: A 7 Point... 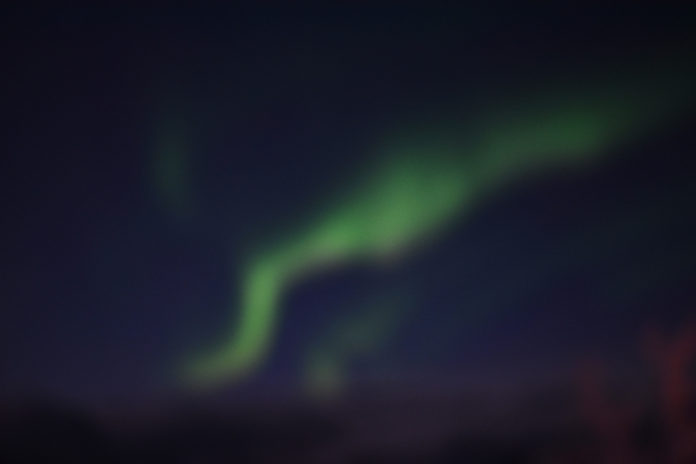 Seeing the Northern Lights is nothing short of becoming a witness to celestial splendor. It is emotional and spiritual and supernatural. When we first stepped out off the bus there was no mistaking the arched halo that formed a bridge over the horizon. The sky was no longer dark, as the lights fanned into the sky brilliantly like a firework spouting off a million shooting stars. They began iridescent and then slowly shifted to a shimmering gold before lighting up the sky in a haze of green. It is marvelous to me that there is an entire culture of people who live under them every single night. They partake of their brilliance as if this phenomenon were as common as a sunset, while the rest of us yearn and stretch and crave for the chance to witness them just once in our life. They are worth every tear, every missed flight, every missed opportunity.

1. Don’t Stay in the City and Peek a Few Furtive Glances from your Hotel Window

The first thing everyone tells you is to get outside the city. This is absolutely true! Not only can your eyes not adjust to the blackness of the night sky with all the street lights in your periphery, but those same lights actually drown out the visible natural light. Similar to when you step into a dark room, or wake up in the middle of the night. At first you can’t see anything, but then your eyes begin to adjust to the small light from sources that slice through the darkness. Once you turn on a dominant light though, all those small lights disappear. Our guide called it light pollution.

Don’t just get outside the city, get to a remote location where the weather is good, cloud cover is absent, and of course, the  Northern Lights are present. Our guide told us on the drive to our viewpoint the lights were already in the sky, our ability to see them just depended on if something else was covering them up when we got there.

On our first attempt to see the Northern Lights with kids in Norway, we booked the Hurtigruten Northern Lights cruise. Of course, a cruise is pretty remote drifting atop the Arctic Ocean, miles from the nearest shore under the blackest of black sky and minuscule unnatural lights to blind our sight line. We did end up seeing the Northern Lights on our cruise, but not nearly as magnificently as we did during our chase in Kirkenes.

2. Don’t Give Yourself One 3 Hour Window to See the Northern Lights with Kids

The Lights can appear in a dizzying array of colors, fluctuating between milky, white, ethereal, gold, green, red, purple, and blue. Including the color cloud. Our first time we saw the Northern Lights they appeared milky and looked like misshapen clouds. We didn’t know what we were looking at, and without prior experience couldn’t convince ourselves of the phenomenon. How sad that we didn’t even know it the first time we saw the Northern Lights! There is a learning curve to witness this phenomenon. You can not only earn a well deserved degree in Northern Lights viewing on multiple chases, but you can give yourself a chance to view them in all their shades of glory.

When we arrived in Kirkenes, following our Hurtigruten Northern Lights cruise, the forecast called for perfect viewing conditions. With an also perfect stroke of luck, there were a few cancellations on the guided tour that night offered by the hotel opening up five spots for our family! We jumped onboard! Tours are offered on snowmobiles, in remote tents, by husky sled, and by bus, but children under seven are only allowed on the bus tours. It was there that we beheld the most opulent display of magnificent colors and majestic shapes fill the night sky with a beauty so rare and precious it cannot be described.

3. Don’t Chase the Northern Lights without a Guide

The Northern Lights are affected by wind, clouds, atmosphere, light pollution and more. You need someone who is skilled at deciphering all these things. You could very well drive south and miss them, when they are appearing just 15 minutes to the north. The reality is that you can follow every last guideline for chasing the Northern Lights with kids and you still won’t be successful on your own.

When we traveled to Iceland a few years ago, we did all of the above. It wasn’t enough. Bad weather, bad timing, bad luck, bad circumstances,  call it what you will – it didn’t happen. Yet, with a little guidance, we lucked out on our first official chase in Norway. Which, by the way, our guide told us was an improbable blessing. According to him, only one out of every seven tries will result in the fortuitous nature of being privy to Earth’s most spectacular show.

Keep in mind these excursions happen late into the night. Our chase extended until well past midnight, so keep that in mind when it comes to keeping little ones happy. Lucky for us was we never could properly adjust to the time difference and we were awake at all hours, in part because the polar night was so disorientating.

You’d be better off forgetting your camera before you forgot your tripod when planning a Northern Lights trip because that camera is going to be entirely useless without the tripod to hold it steady.

My favorite guide for taking pictures of the Northern Lights can be found at PetaPixel (but if none of that makes sense to you, your guide will be able to help you make the necessary adjustments on your camera). Although the color of the lights you see entirely depends on the particles in the air, the color you are going to capture on your camera will reflect the light sources from everything within the viewfinder. Definitely read the guide, but the gist of it is that you you can’t see the full wonder of the Northern Lights with the naked eye. Because there isn’t a fluid object to focus on, you need to set your camera focus to infinity. With the proper focus set you are then going to open the shutter for a minimum of 10 seconds, but up to 30 or 40 seconds. Even the most minute of movements from a slight imperceptible flutter of your finger, to actual breathing will move that camera. Our guide tried to help us makeshift a camera with a coffee cup turned upside down, and it might have worked, except it was too low to the ground and was pretty much only able to take pictures of the bushes in front of us.

5. Don’t Dress for the Caribbean

Make sure you bring everything in your winter closet; hats, gloves, thermal ski mask, long johns, wool is your friend, snow bibs or pants, snow boots, winter coats, and everything else. Then make sure your coat and boots are rated for sub zero temperatures. Bring fingered cloth gloves to wear under your bulky mittens so you can operate the camera when need. If you do all this, you just might be warm enough.

Initially, when we first stepped off the bus the magic of the Northern Lights erased all feeling other than euphoria. But slowly, feeling began to creep back into our extremities over time. The tingling already too late, frostbite type feeling. It was so cold the kids wanted to hide on the bus, so I stole their winter knit hats and wrapped my toes in them inside my boots.

We came prepared, but we didn’t come prepared with wool socks and temperature rated boots. But still, if you have to forget something, forget the gloves before you forget the tripod.

6. Don’t Travel to Middle Earth to See the Northern Lights

This is probably pretty obvious, but the more north you go the better – as they are aptly named: The Northern Lights. Seeing the Northern Lights can be done in several different cities and countries from Alaska to Saskatchewan, and in most cases you don’t have to travel somewhere remote on the globe where people don’t have food. Aim for the Arctic Circle, give yourself a little time and plenty of chances to view the Northern Lights and you can pretty much guarantee success.

The countries which reside within this Northern ring of latitude include Russia, Norway, Sweden, Finland, Greenland, Canada, and the United States in Alaska. The Northern Lights can creep into other parts of the world too. Iceland, which skates the latitudinal line, is a popular destination for chasing the lights as they frequently appear here, but in our case, we didn’t have the best of luck in Iceland. If you want to increase your chances of truly experiencing the spectacular vision of the Northern Lights, travel North.

Go! Right now! Plan a Valentine’s Trip, Spring Break Trek or early Spring Adventure. This is the best time to go, not because the Northern Lights are more brilliant, but because the weather is less volatile. You have much less risk of missing the Lights during February and March than you do in December and January when storms are prevalent and winds push the electrical currents in every direction.

The biggest criteria you need to see the lights is darkness. As the Arctic Circle experiences the Polar Night in the winter, this is the time to go. You won’t have any luck during the summer Midnight Sun (see point #1).

► For Kids: Geography, meteorology, relativity, and science are all part of the world schooling subject list that witnessing the Northern Lights encompasses. Include patience, planning, and hardships and you’ve got yourself a full curriculum. Children will be stunned by the beauty of the lights and the magic that they promise, and they will be left with a lasting memory of something only a few people in the world get to experience.

This bus tour is warm on a luxury coach with toilets. All you need to bring are snacks and something to occupy the waiting periods if you think you’ll need it.

Have you chased the Northern Lights with kids? Where did you go and what did you do? Did you make any big blunders along the way? Is there anything we missed? Let us know in the comments!

► Nap-Time Version: How to ensure a successful Northern Lights with kids chase!

Read more about our cruise on the Hurtigruten where we unknowingly saw the lights the first time, and our most magical adventure: Dog Sledding in Tromsø!