Home Where Are We Going? Europe Visiting Kirkenes, Norway with a Family: The Easternmost Town in Scandinavia and... 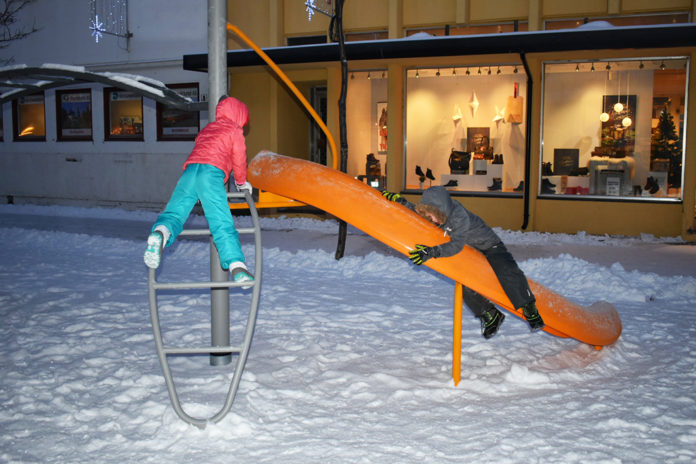 We found ourselves in Kirkenes after debarking from our two night cruise on the Hurtigruten. Kirkenes is a tiny little town of only 3,000 inhabitants on just over 500 acres, and was upgraded from a village just 20 years ago! The peninsula is sandwiched between the Bøkfjorden fjord, and the Varangerfjord fjord that borders Russia, and the city is known as the Gateway to Russia. We will always love Kirkenes for showing us the Northern Lights, but as a winter destination itself, it’s quite sparse.

The history of Kirkenes is interesting. The town was originally named after urine, Pis River headland, but was changed in 1862 to be named after the ecclesiastical Kirkenes church. It has always been small, due to its location north of the Arctic Circle, and most of the tourists come here from the Hurtigruten cruises.

Bordering the Soviet Union put Kirkenes on the front lines during World War II. Air raids were frequent, sometimes up to three times a day. A bomb shelter, Andersgrotta, large enough to protect 2500 people was built in the center of town and was clad with strong iron doors, but there was not enough air to stay in the shelter for extended periods of time. Tunnels extend from the main bunker, and now house a cinema in which you can watch short films about the history of Kirkenes during the war. The shelter and cinema are open during the summer months only, so we were only able to view its location and the statue of the soldier out front.

Also closed during the time we stayed in Kirkenes, is the Varanger Museum. This museum is open during the winter, just not on or around the holidays. This museum also covers historical aspects of Kirkenes during World War II, particularly the devastation that occurred from being the most bombed city in all of Europe, overrun by the Nazi’s, and burned to the ground by the Russians in an attempt to kill all the remaining Nazi’s.

We arrived fairly early in the morning after debarking from the ship, and we had a few hours until our room was available for check-in at the Kirkenes Scandic Hotel. A grocery store was directly across the street from our hotel, and we stocked up on fruit and snacks just after we arrived. Norwegians are minimalists. They enjoy the company of family and friends, indoors, inside the comfort of their own homes. In winter, this homebody lifestyle becomes even more prevalent. During our stay in Kirkenes we found the one restaurant that was open: Surf and Turf and spent an unreasonable amount of money on a subpar dinner. The next night we opted to get the kids cheese, yogurt and grapes for dinner.

There is a snow hotel, a reindeer park, dog sledding, king crabbing, northern lights tours and three country cairn. This unique little space deserves all the attention and recognition, but is a place better visited during the summer. Nearly everything was closed outside of the 7/11 and the grocery store. A few shops were open for an hour or two during twilight, and one restaurant was open during typical dinner hours. We loved visiting during the polar night and were able to witness the grand splendor of the Northern Lights, but that’s also pretty much all we were able to do.

► For Kids: Prepare to be hungry, or live off of snacks if you come during the time between Christmas and New Years. We stayed in Kirkenes for two nights and there isn’t much to do other than a quaint little playground in the center of the city. We played in the snow for a bit, swam in the hotel pool for a bit, ate a lot of snacks and were a lot bored. As far as imagination goes, this place will give them a chance to use it a lot.

Have you visited Kirkenes during the summer? We had a difficult go of making our adventures happen during this trip, amidst the polar night and the many holidays closures, while at the same time experiencing some of the most incredible experiences of our lives. What was your favorite thing to do in Norway?

► Nap-Time Version: The city of Kirkenes all but completely shuts down for winter.

Check out our husky dog sledding adventure in Tromsø, our Northern Lights excursion in Kirkenes, and our cruise on the Hurtigruten through the Arctic Ocean.