Home Where Are We Going? Europe Christmas in The Netherlands: Celebrating a Traditional Dutch Family Christmas with Sinterklaas,...

Sage Scott of Everyday Wanderer is guest posting for us today about her Christmas spent in The Netherlands!

Sage spent her youth abroad in The Netherlands and Germany with her family over the span of 7 years. They traveled throughout Europe taking advantage of every opportunity. She’s also lived coast to coast in the United States and has spent most of her life traveling and discovering the world. She currently lives in Kansas City with her four children, and her blog is dedicated to everyday wanders!

One of the reasons I love Sage’s blog is because it’s real. She covers everyday life, everyday adventures and everyday travels from visiting museums, monuments, markets and mascots. Check her out! 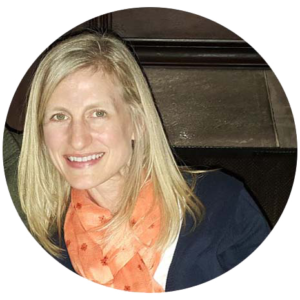 Christmas​ ​in​ ​The​ ​Netherlands

While most Americans kick off the Christmas holiday at the end of November, right after Thanksgiving, the Dutch begin the first Saturday after November 11th. On this Saturday in November, Sinterklaas (also known as St. Nicholas, the patron saint of children and sailors) travels by boat from his home in Madrid, Spain to the Netherlands. Each year,
Sinterklaas’ boat arrives in a different harbor so that he is able to see as many children as possible in the country about half the size of Maine.

Similar to Santa Claus, Sinterklaas has white hair and a long, white beard, but that’s
where the similarities end. Unlike Santa Claus, Sinterklaas wears the long, red robes
and pointed mitre hat of a Catholic bishop and carries a gold staff. When Sinterklaas
comes ashore all of the local church bells ring in celebration. He is met by the town’s
mayor and then rides his white horse, Amerigo, in a parade through town. In the days
leading up to his feast day on December 6th, Sinterklaas will make appearances at hospitals and schools where the tall, dignified Sint determines which children have been
naughty and which have been nice.

Sinterklaas travels with helpers called Zwarte Piet (Black Peter) that wear colorful, 16th century clothes with a large, ruffled, white collar. Zwarte Piet usually carries a bag filled with candy, gold foil-wrapped chocolate coins, or mandarin oranges for children. In the past, the same bag was said to be used to carry naughty children off to Spain to be disciplined. Zwarte Piet used to carry a birch switch that was said to be used to spank naughty children.

Today, Zwarte Piet no longer carries the switch, and children are no longer warned that they might be carried off in Zwarte Piet’s bag if they are naughty. Traditionally, Zwarte Piet is black because he’s a Moor of North African descent, but some will say that his face is black from climbing down chimneys to deliver presents for Sinterklaas. Either way, the concept of Zwarte Piet has recently come under fire for being racist and many Zwarte Piet have evolved from full blackface to a few soot marks.

Instead of on Christmas Eve, presents arrive overnight on December 5th when
Sinterklaas rides his white horse over the rooftops and delivers gifts and other goodies to
well-behaved children. With much anticipation, children put wooden shoes by the
fireplace or radiator with treats like carrots, hay, or sugar cubes for Sinterklaas’ horse.
They may also include a wish list for Sinterklaas or a small poem or letter.

In addition to gifts, Sinterklaas will leave treats like mandarin oranges, speculaas (a
crisp, gingerbread-like cookie often shaped like a windmill), chocolate coins, and
marzipan figures. At the holidays, chocolate shop windows are full of marzipan delights,
shaping the almond paste into everything from fruits to animals. I’ve even seen full
manger scenes made out of marzipan! Nearly every Dutch kid can expect a chocolate
letter of their first initial among the gifts from Sinterklaas.

The feast of Sinterklaas is celebrated on December 6th and is a holiday in The
Netherlands and in Dutch territories like Aruba, Bonaire, Curaçao, and Suriname. It’s
also celebrated in the Flemish areas of Belgium, France, and Luxembourg.

Christmas trees aren’t put up until after Sinterklaas has brought presents and had his
feast day, so don’t expect to see them until December 7th. Most Dutch people decorate
their homes and yards with either real or artificial Christmas trees that remain in place
until after Christmas.

Kerstkransjes are wreath-shaped almond cookies tied with a ribbon that are hung on the
Christmas tree. While they’re usually part of the Christmas tree decorations, any
cookies hung on the tree tend to quickly disappear, often with only the ribbons
remaining in place.

The main square of every Dutch city will also be decorated with twinkling lights,
garlands, and trees. Christmas music is often played, and stands selling Christmas
treats, holiday drinks, garlands, and other seasonal offerings will be plentiful.

Christmas is celebrated over two days in The Netherlands, with both December 25th
(Eerste Kerstdag or First Christmas Day) and December 26th (Tweede Kerstdag or
Second Christmas Day) observed as public holidays. Because gifts have already been
delivered earlier in the month via Sinterklaas, the two days of Christmas are typically
celebrated with a focus on quality time spent with family.

Many people celebrate the day by attending church services starting at night on
Christmas Eve (Nachtmis) and then celebrating quietly with family and friends at home.
Most businesses are closed on the two days of Christmas, including restaurants, bars,
and even public transportation in some places. The second day of Christmas on
December 26th helps ensure adequate time with both sets of families over the holiday.

Couples use the two days to ensure that each has a full day to celebrate Christmas with
their parents, siblings, and other family members.

There is a second Santa, Kerstman, who arrives over Christmas, but he doesn’t really
put presents under the tree since those already arrived with Sinterklaas earlier in
December. Unfortunately, the commercialization of Christmas is changing the Dutch focus
on family for this part of the holidays, and now as many as half the Dutch households
will find a few presents under the tree on Christmas Day. Whether Kerstman brings gifts
or not, he continues to play second fiddle to Sinterklaas.

Each of the two days of Christmas is usually celebrated with a large breakfast or brunch
and a special Christmas meal. As a country of sailors with a long coastline, fish is often
featured including mussels, sea shrimp, salmon, and eel, but the meal can also feature
a roasted bird (turkey, chicken, duck, or goose), rabbit, or a rollade (thin slices of beef,
pork, or chicken that are stuffed, rolled, and roasted). Potatoes and seasonal
vegetables usually round out the feast. Advocaat, a type of brandy-spiked eggnog, is a typical Dutch holiday drink. It is typically made from egg yolks and sugar with a shot of brandy or cognac to finish it off. The Dutch prefer advocaat much thicker than American eggnog, and you may wish to either eat it with a spoon or add cream to make it more drinkable.

While they’re typically made to ring in the New Year, olieballen can be made as early as
Christmas and remain one of my favorite Dutch holiday treats. Literally translated as oil
balls, olieballen are balls of dough dotted with bits of apples or currents that are deep
fried like doughnut holes and then sprinkled with powdered sugar and cinnamon.

Stay tuned for more Christmas Celebrations Around the World. Next up: London and Norway! Also, check out our Traditional Scandinavian Christmas in Iceland.