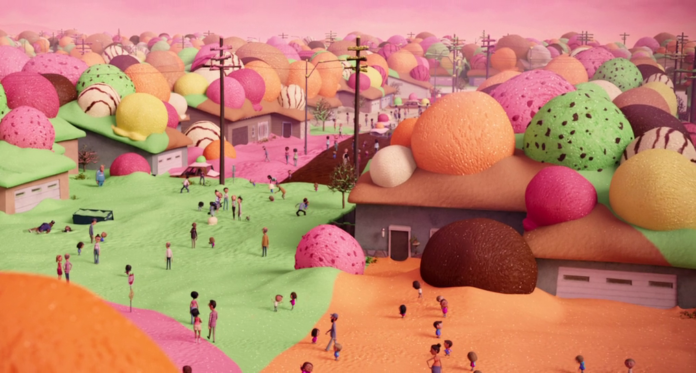 Good luck trying to pronounce anything in Icelandic! It is one of the hardest languages to learn – it’s actually considered the 5th hardest language to learn. The vowels don’t sound like they look, and they have extra characters in their alphabet that are extra fancy and curvy. The Icelandic language contains sounds and letters that have vanished from all other languages across the world. The great news is that everyone in Iceland speaks English. You’ll get by just fine, and we could stop there, but this language is way to fun to not share.

“There are many wonders in a cow’s head.” This phrase is commonly heard when something impossible happens, or another way to say the world is crazy town. Yes, people really say this – it’s on a poster inside the Keflavík International Airport.

This pretty thing is the longest word in the Icelandic Language. I don’t know if it’s required to say it without a breath, but I can’t imagine you’re pronouncing it correctly if you are trying to pause halfway through. Best start breath training before you learn to speak Icelandic. It means “a keychain ring for the outdoor key of road workers shed in a moor called Vaðlaheiði”. I don’t know why you would ever need to say such a thing, but clearly someone, at some point in history, had to, and this world took its place in the annals of the history books.

In short these three words prove that Iceland basically means Ice Cream Land. “Island” is the Icelandic word for Iceland, and it literally means ice country. However, if you go to the store to buy ice, you will be buying “klaki”, whereas if you go to a restaurant and ask for “ís” you’d be asking for ice cream. That is about the coolest thing I’ve ever heard.

Speaking of food, Icelanders have quite a few food catch phrases that don’t mean what you think they mean.

“I took him to the bakery.” No, you didn’t treat your friend for his birthday, or just went to lunch. This is actually derogatory. It means you beat someone up. I guess in a cow’s head bake might sound like break?

“On with the butter.” Nope, we’re not talking about rolls, toast, or baked potatoes. This is what you say when someone is dilly dallying. It sounds way more convincing than ain’t nobody got time for that, don’t you think?

For the record we didn’t use any of these specific phrases when we visited Iceland. I would have loved to have found a reason, but I couldn’t wrap my tongue around velkominn, let alone Vaðlaheiðarvegavinnuverkfærageymsluskúraútidyralyklakippuhringur.