Home Where Are We Going? Europe How to Celebrate a Traditional Scandinavian Christmas in Iceland 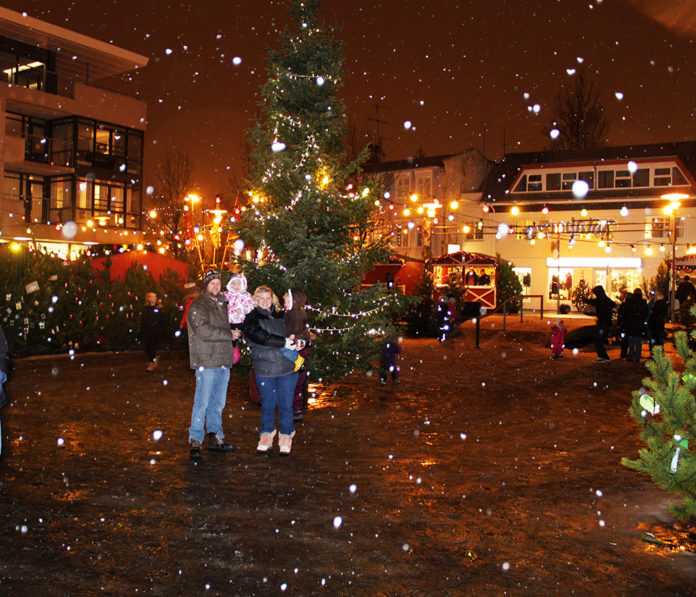 Iceland is an enamoring country where in winter the locals walk outside to go snowboarding, in summer they write books under the midnight sun, have a crime rate that is so low even the police don’t carry guns, and celebrate Christmas in Iceland with 13 different Santa Clauses!

Iceland is one of the top 10 most festive places to celebrate Christmas in the entire world!

How to Celebrate a
Traditional Scandinavian Christmas in Iceland

Who Were the First Migrants to Iceland?

Iceland is a melting pot for all of Scandinavian culture.

The explorers who left Scandinavia found Iceland first and started a new life here, and came armed with all of their old traditions. They came from Norway, Denmark, Sweden and the British Isles and conglomerated here.

They found Iceland in winter, covered in a sheet of ice, and named it appropriately. They relied on each other, and the sea to survive, and their early traditions live on today.

Christmas in Iceland includes 13 days of festivities, both prior to the Christmas day celebration and following it. Festivities officially begin on December 23, and end on January 6.

Rather than one rotund, jolly old Mr. and Mrs. Claus and mischievous little elves who care about nothing but having fun and making toys, Christmas in Iceland includes 13 Santa Clauses, and they have a Mother Gryla.

They are known as Yule Lads, and each one comes down from Troll mountain to make an appearance in the city for each one of the 13 days.

They are known for any number of tricky behaviors, and each have an accompanying trait.

Each Yule Lad will travel house to house reviewing the children’s behaviors and determine if they have been naughty or nice.

The reality of coal or rotten potatoes in your stocking is more than just an empty threat. Each night, children place one shoe on the window sill for each different Yule Lad to make their assessment of their behavior.

Considering the Yule Lads are all pretty naughty, I’m not sure who gave them the authority to judge, but nonetheless.

To outshine the dark winters, Iceland is covered in an array of beautiful lights.

Doorways are lit with the traditional advent wreath, a candle lit for each Sabbath during the month of December. Windows are adorned with the 13 light candelabra and can be seen without fail in every window up and down the city streets.

Christmas trees are meant to be alive and fresh for Christmas morning, so typically they are not cut or purchased until the 23rd of December. They remain decorated until the full Christmas season is over, 13 days later on January 6. They are decorated with fresh sliced fruit, to pay homage to the land and its gifts. The thin flesh of oranges, lemons, limes and grapefruit allow the lights to shimmer and sparkle casting a beautiful light contrasted by the red glow of strung cranberries.

The 23rd of December is not just the day for trimming the tree, it’s the official kickstart to Christmas in Iceland. Known as Þorláksmessa, it marks the end of the Christmas fast, and the beginning of Christmas.

Christmas in Iceland is marked by the ringing bells of Hallgrímskirkja Church at 6 pm.  Families gather at home or at church to begin Christmas festivities as soon as the church bells chime. They start with a huge feast.

Christmas gifts are opened following the meal which always include new books and new clothes. Festivities last into the evening and resume the following day with friends, family, neighbors, extended relatives, pets, and more.

In addition to trimming the tree and purchasing last minute gifts on Þorláksmessa, it is common practice to break the Christmas fast by consuming a traditional dish of skate. That’s putrefying shark, basically.

I loved everything about Christmas in Iceland, but this was a little much for me.

We arrived in Iceland on Þorláksmessa, my birthday, and after visiting the Blue Lagoon in the morning, we were assaulted by the smell of ammonia as soon as the automatic doors of our hotel invited us in.

Typically, people in Iceland consume this dish out of their homes in an attempt to escape the smell. Of course, for us, that was inevitable, but considering our clothes smelled like skata until we doused them with lighter fluid when we got home, I don’t know how anyone escapes the smell.

Of course we had to try it. If you like the smell of urine, you’ll love the taste of skate. Fortunately, you can eat this dish any time of year in the form of harkal. It is served at the Volcano House daily.

Reindeer, and lamb are also standard menu fare, along with numerous types of potato dishes.

There are some sweet treats associated with Christmas in Iceland too.

A type of flat biscuit, laufabrauð, is traditional to make. It is thin enough to make intricate and beautiful designs for display. Chocolate almond cookies filled with chocolate cream is called the Sara, and is a must for any Christmas feast.

Dozens of cookies – no less than 12 to be exact, cover every space in every home during the Christmas season.

Christmas markets are abundant in Reykjavik throughout the season.

We visited the little Christmas Village of Hafnarfjörður. The center of the village has a giant lit Christmas tree, and local vendors form a circle around the tree to sell their wares. We found Christmas figurines, clothes, treats, and more.

There is a stage and live music playing continuously throughout the season. You can purchase hot cider or chocolate, Christmas trees, decorations, and more. We even spotted one of the Yule Lads here!

Following the closures on December 23, everything remains closed for three days. When I say everything, I mean everything shuts down for the holiday so time can be spent at home with family and friends.

I know this specifically, because my insulin pump ran out of batteries. The hotel staff wasn’t helpful and there wasn’t a hotel gift shop. Television remotes didn’t have the right kind of battery, all convenience stores, and all museums were closed (except for the Volcano House, but they didn’t sell batteries), the airport, and even the police are shut down for Christmas in Iceland.

No batteries, means no insulin.

And, no insulin for a type 1 diabetic means no food either.

Ultimately, about 40 hours into the ordeal we finally discovered a way to hack my insulin pump to deliver insulin in a not so regulated way, and a Subway that was open at midnight on the 26th to break my unintentional fast.

There was a line out the door to the Subway, full of hungry and rabid teenagers. Another 12 hours later, at noon on December 26, we found the first convenience store to open after the holiday festivities.

You can guess what the very first thing is that I pack now, every single trip.

The city of Reykjavik actually has a dedicated website for listing what will specifically be open during the Christmas season, and operating hours. Most are restaurants and require very early advance reservations.

► For Kids: Christmas is a sacred time in our home. The magic of the Christmas season doesn’t come from Santa and his elves, but from the positive emotions that result from thinking of everyone you love and how you can honor your relationship with them.

It was hard for us to be away during Christmas, but we found it to be extremely satisfying.

We stepped away from the commercialization, and the fervor, the malls, and the crowds, and we traced our gemological lines back the beginning.

Have you ever celebrated Christmas in another country? What did you think of the experience? 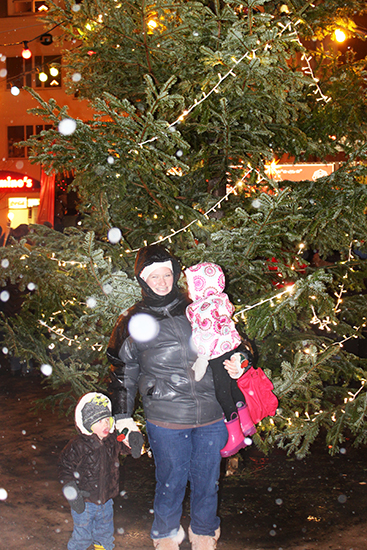 ► What We Learned: Christmas in Iceland means a lot of different food (even the chicken at Subway tastes different), interesting smells, cold, cold weather, but it also brings with it an unbelievable sense of reverence.

We also ate at a very festive, and very traditional Christmas buffet, spent my birthday at the Blue Lagoon, and got caught in a white-out driving around the Golden Circle!