Home Where Are We Going? Asia 100 Years of Incredible History at Sinpo International Market 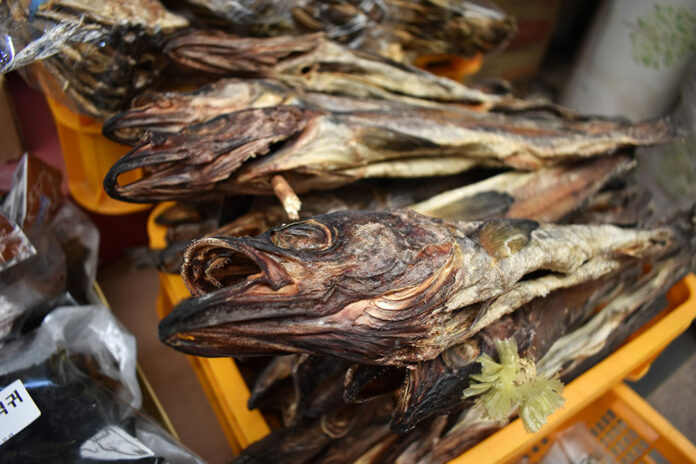 Traditions at Sinpo International Market date all the way back to 1885! As a result of political division, wars and unrest immigrants from Japan, China, Russia and even America settled in Korea. Locals took advantage of the growing population, and began selling vegetables in an open market.

Over the next 100 years, this small and simple market grew to become one of the largest markets south of Seoul. It is located in Incheon, near Chinatown. If nothing else, you must go to try some of the ultra famous Dakgangjeong.

The day you decide to visit might be one of those times that you don’t rush out the door. The market doesn’t operate by strict opening hours. Each vendor chooses when to open, when to close, and frequently many vendors will disappear for several hours during the day.

Don’t wait too long to go either, as the same rule applies to closing time.

In short there is no hard line here for when the majority of vendors will be open. If you go mid-day you are sure to find a great selection of vendors open and plenty of things to see and do.

How to Get to Sinpo International Market?

There are several bus routes that will take you on a direct route to the market. You’ll want to plan for just over an hour each way.

Alternatively, you can get there in approximately a half hour by subway, plus a 15 minute walk from Chinatown.

From Chinatown, you’ll climb the stairs in the center of town until you reach the elevated park. From here you’ll see directional signs pointing you in the direction you want to go.

This route will lead you past several other notable attractions, and provide a leisurely path under the shade of ancient trees. This is our recommendation for the best way to get to Sinpo.

Even though the market is located much closer to Songdo than Seoul, it is much simpler to reach the market from the big city. Plus, it takes about the same amount of time.

Where is the Market Located?

Sinpo is located in a diverse neighborhood of Incheon that feels much more like real Korea than the polished version of manicured Songdo where we are staying.

It is located just east of the sea port surrounding Incheon International Airport, though much like traveling from Songdo to Sinpo, there is no direct path to ICN.

A visit to the market can also serve as a focal point for exploring the surrounding neighborhoods. It is located in close proximity to many other attractions, including:

What Makes this Market International?

The international part of Sinpo doesn’t define the goods that are sold, but instead the people who come here. A more accurate name might be Sinpo Traditional Market. The International name stuck due to how the market began.

Tradition also references the camaraderie between vendors and consumers. Everyone here is smiling, friendly, and welcoming. This feeling is rampant at all markets in Korea from south in Jeju Island to north in Seoul at the border.

For over 100 years the market ran independent of government interference or recognition. Locals occupied the streets that run parallel to each other, and laid claim to real estate.  They set up stalls and found their individual niche, trading, bartering and selling among each other.

What to Buy in Korea at Sinpo International Market

In additional to vegetables locals began selling everything that starts with the letter F: Fruit, fabric, and fresh and dried fish.

Finally in 1970, the now huge market in Incheon, became officially registered with over 140 stores.

On our visit we found clothing stores selling new and secondhand goods, culinary items from dishes to bakeware, and an incredible variety of spices. There is also grains and rice, giant plants include aloe vera, and all sorts of unique wares.

We found more fish, including turtles for sale,… to eat. That was a bit disconcerting to our family who owns a pet turtle we named Christmas Tree.

Of course, food is also a huge part of this market, and arguably the best part!

One thing Sinpo International Market is known for is Dakgangjeong. Dakgangjeong is sweet and spicy fried chicken, or as we call it hot lava.

This is Korean Fried Chicken, and is what makes Sinpo so famous. You’ll recognize it immediately by the sticky orange filled woks filled with battered chicken and littered with spicy green and red peppers and covered in sesame seeds.

We ordered half sweet and spicy dakgangjeong and half standard fried chicken for a total of ₩21,000. The establishment we chose was located near the main entrance and had an inside eatery with a few tables and a TV playing Korean soap operas.

Our family sat next to a group of three older woman who we saw donning plastic gloves and laughing as if they were sitting and playing a game of cards on a leisurely afternoon out with the girls. Not about to stuff their faces full of fresh molten lava.

The Korean Fried Chicken dakgangjeong is served on large platter and glistens under the lights. It is wet and gooey, and smells incredible. Imagine orange chicken at Panda Express, except good. Except authentic and incredibly tasty. Except something you really really, really want to eat.

A pile of sauce pools under the chicken.

Last year my friend Kari and I spent a girls weekend in Nashville and toured the city on a Food Tour. We tried some of Nashville’s Hot Chicken and I couldn’t help but compare that with dakgangjeong. They are not one and the same.

Nashville’s Hot Chicken is dry, whereas dakgangjeong is wet so the heat offers a different sensory experience as well as flavor. Plus, the chicken at Sinpo International Market is better.

After the first piece we buckled down, and by buckled down I mean ran to the refrigerator and grabbed a few sodas. The kids each tried a little bit, and Pie even managed to eat an entire piece of spicy dakgangjeong by herself!

By the end of the meal we were all dripping snot and crying our eyes out.

Gabriel is pretty versed in eating spicy food, so I may only be talking about me. It was every bit worth it. I have no doubt the locals will be laughing about our family eating for years to come.

Sinpo is traditional in the sense that they offer a variety of classic and authentic Korean dishes. In additional to the dakgangjeong, look for:

A second treat our family feasted on at the market was bao steamed buns filled with pork and vegetables. We got a pack of 12 for ₩5,000.

► For Kids: Sinpo International Market is a great place to teach kids about Korean culture. Amidst the hospitality, your family will find great food and unique wares inside a very authentic neighborhood and setting!

Honestly, it’s worth the trek to come out to the Sinpo International Market just for the prices, if not the experience itself.

► What We Learned: All about the history of this Korean market and how immigrants helped to create a thriving economy within this neighborhood in the heart of Incheon, South Korea.

► Nap-Time Version: Everything you need to know about the Sinpo International Market in Incheon, South Korea, especially the best thing to eat: dakgangjeong!

After you’re finished at Sinpo, check out the Best Korean Fried Chicken in Songdo, and nearby family attraction Wolmi Theme Park!