Home USA Florida Avatar Flight of Passage: Flying a Banshee Through the Floating Mountains of... 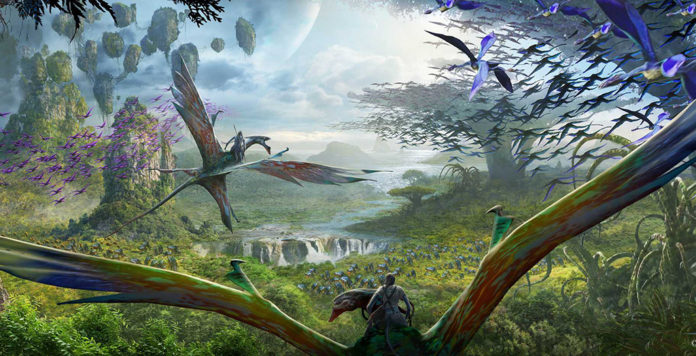 It was only a two hour wait in the suffocating heat of the Florida sun, the humidity made much worse by recent hurricanes traveling through the gulf. The twins and Daddy waited in line while I took Eclair to play in Dinoland at the excavation site. I only had to double back on the quarter of a mile between lands exactly once to assist Widmore in escaping the line to use the bathroom. And, there were only a total of three times when we thought we were at the end of the line, but it was still hours away. The new ride in Pandora at Walt Disney World, Avatar Flight of Passage is every bit worth this exhausting wait.

Avatar Flight of Passage is a cross between Soarin’ and the Tron Rollercoaster. The technology is incredible! After merging with your Na’vi Avatar you’ll enter the simulation room where you board your vehicle. You are tucked into the vehicle, (like Tron) and once the connection link with the Na’vi is complete, the Na’vi boards the Banshee and the flight takes off.

In front of you, the screen disappears and you are taken through the entire Pandoran landscape with an incredible 3D first person point of view (like Soarin’). The adventure includes flying low with the beasts of Pandora, and flying high interweaving between the floating mountains. You’ll even enter one of the mountains and see the bioluminescent life within, and before the ride is over you’ll nearly get swallowed up by a giant wave. 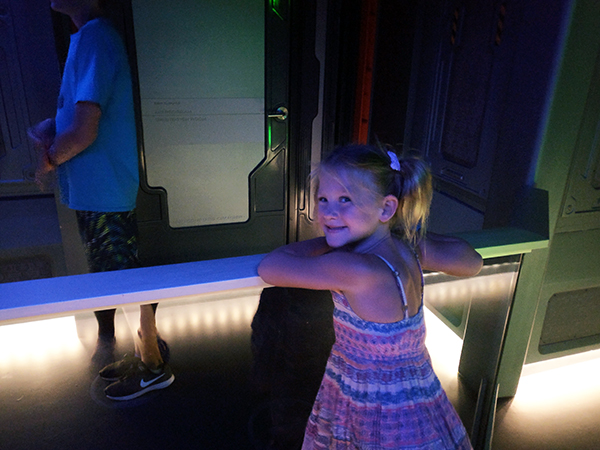 The ride is 5 minutes long and fully immersive. There is absolutely no break in engagement. You’ll feel the wind in your hair as you glide swiftly through this alien world, twisting and turning and rising and falling. Your involvement in the ride is every bit as important as what is happening during it.

That two hour wait in the blazing solar rays earned us a full three turns on Avatar Flight of Passage. After the twins and Gabriel waited the initial two hours, we earned a Rider Switch Pass. This pass is available for parents who have some children who are old enough to ride, and some children who aren’t. With the Rider Switch Pass, the parent who instead played in the Dinoland sandbox the first go round, can get a second chance to ride by using the FastPass+ lane.


When it was my turn to go with the twins, they didn’t take our Rider Switch Pass from us! I certainly didn’t reveal their mistake! I kept it in my back pocket and we played Rock Paper Scissors to see who got to go the third time. Gabriel insisted I go because I’d waited three hours total for them to ride the first time, and somehow riding Triceratop Spin four times during the interim didn’t make up for it. I insisted he go because he had to stand in line for an outlandish amount of time. The final decision came down to who had gotten to ride more rides that day (not including baby rides) – and I got to go the third time!

So…, we didn’t film this ride for you. This is one of the rides that you need to experience for yourself. First off, it wouldn’t convey the full experience of Avatar Flight of Passage, and it would diminish the experience once you do make your way to Florida. Nothing ever compares to experiencing things in real life, and sometimes it’s just not worth it to peek!

► For Kids: The height requirement for this ride is 44” (same as Space Mountain). It is an awesome, intense, mesmerizing ride that simulates all of your senses. Kids will be in awe at not only what they see and witness, but how they feel and what they experience. Definitely worth the wait.

Have you ridden the new Avatar Flight of Passage ride in Pandora? Were you lucky enough to snag a FastPass+, or did you wait in the long line with the rest of us suckers? We want to hear all about it!

► Nap-Time Version: A rundown of what the new Pandora ride Avatar Flight of Passage in Walt Disney World Animal Kingdom has in store for you.