Home Where Are We Going? Asia 7 Rules and Etiquette for How To Ride a Stupid Elevator in... 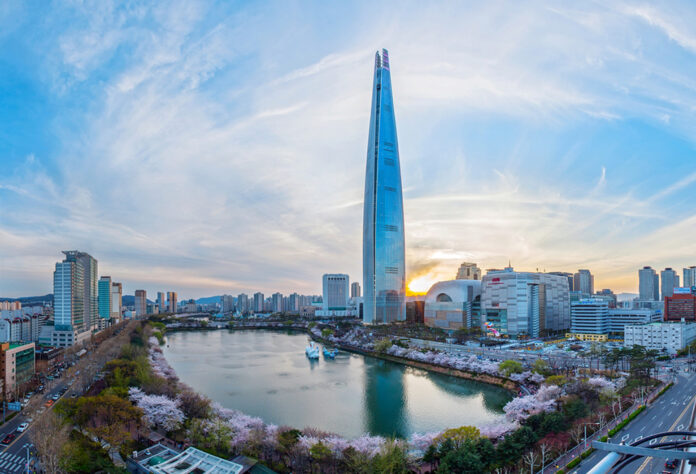 Elevators in Korea are torture chambers. They are slow, they don’t stop at the floor you want, the doors don’t open or close on their own, and most importantly there is some unsaid hierarchy to riding them and operating them that we will never understand.

If you know and recognize the evil schemes of Tyrone Rugen, Prince Humperdink’s count from the Princess Bride, who created a machine to suck the life out of a person to conduct a scientific study of pain, you understand what riding an elevator in Korea must feel like.

Rule #1 to Riding an Elevator in Korea is: Stake Your Claim to the Elevator!

1. Korea is easily the most polite culture we’ve ever visited with a culture that embraces all people. Mind you, we’ve traveled to five continents – so this is quite impressive.

In the neighborhood we are staying, Songdo, it would not be a far off comparison to call this little city a utopia. You can leave three scooters outside Costco for 2 hours and no one will steal them, everyone smiles, holds open doors for each other, there is a bakery around every corner, and food order delivery takes under 10 minutes.

There are just two exceptions to this.

Drivers do not yield, without exception. Why there are Beatles drawn lines across the road is beyond me? Pedestrians do not have the right of way, and knowing this one rule is probably the single most important thing you need to know for your health and safety in regards to visiting Korea.

In fact, if you begin to use a crosswalk and a car is coming from any distance, they will honk at you to get out of their way as they barrel down the road well over the speed limit.

You had to see that one coming. People would never consider walking ahead of you through an open door, or even allow you to hold the door open for them, but if an Elevator is within sight, all manners evaporate.

If you are waiting to take an elevator, we recommend taking up all available space in front of and to the side of the elevator. If you don’t, do not plan on taking the elevator when it arrives. As soon as the doors open, everyone will make a mad rush for the entrance, paying no mind to the other people waiting.

Elevators in Korea are not as small as European elevators, but in most cases, our family, including our stroller, will take up most of the space. Yet, without fail, someone will butt ahead of us as soon as the doors open and prevent us from taking the lift.

Rule #2 to Riding an Elevator in Korea: Ignore These Signs!

2. Korean culture very much respects their elders, pregnant women and babies. This society operates on a system that yields to those who need assistance. Signs everywhere including the subway, the bus, and the elevators indicate they are to be reserved for these three subset groups.

Rule #3 to Riding an Elevator in Korea: Stick to the Elevators if Auntie is Watching!

3. See Rule #1. Butt ahead and race to the elevator. Do this, especially if you are a teenage boy in a large group with other teenage boys and are young and fit and able to do 30 jumping jacks while waiting for the elevator to take you up one flight of stairs. If wouldn’t be funny if it wasn’t true.

Elevators are strictly for use for families with strollers, prams, buggies, carriages, or as we call them here in Korea, deluxe baby driving machines.

Of course, every country has signs that indicate you should not take your stroller on the escalator, and while we never have (we totally have), or never would, ride it with the baby inside, the dirty looks we get from the locals here in Korea are enough to make us cower in shame and hide away from civilization for our remaining earthly existence.

It would be better for you to carry your stroller up/down multiple flights of stairs, then to take it on an escalator.

Hierarchy in Korean culture is very prevalent. Once women reach a certain age they are known colloquially as Aunties. In Korea, Aunties rule. They can dictate who does what and where and when and why and how, and they’ll let you know it.

Rule #4 to Riding an Elevator in Korea: Call All the Elevators!

4. Imagine standing in a hotel lobby waiting for the elevator. There are four elevators available to ride; two in front of you and two in back of you. You push the call button for the elevator and wait to take the elevator that arrives first.

Not in Korea. There is a call button for each specific lift. I haven’t figured out if you are supposed to do the impossible math to determine which one to press, or if it’s acceptable to call all of them.

Rule #5 to Riding an Elevator in Korea: Find the Hidden Elevators!

5. In some cases, there is an elevator for even floors and an elevator for odd floors. They are typically differentiated by colors, but which color does what, I don’t know. You’d also need to have some handle on the Korean language to be privy to that information.

There are hidden elevators!

If you see a door beyond the waiting area for the elevator, chances are there is another hidden elevator beyond the visible elevators.

When we first arrived in Korea, and I discovered these hidden elevators, I thought maybe they were service elevators. However, after watching people using them over the last month I’ve realized they are just hidden for the people smart enough to pay attention.

Rule #6 to Riding an Elevator in Korea: Don’t Worry About the Elevator Leaving Without You!

6. Korean children must be as naughty as American ones, or maybe they just really don’t like Christmas Tree’s here.


If you press the wrong floor, you can just deselect it! This is pretty handy, unless you end up stuck on a hot Elevator because the first child given permission to press the button does so, but then the second child decides they wanted it to be their turn so they press it again.

After boarding the elevator and selecting your floor, you aren’t finished. The door don’t shut on their own. If you want the doors to actually shut, so you can travel to your destination, you have to physically press the button to close the doors.

Rule #7 to Riding an Elevator in Korea: Avoid the Elevator At All Costs!

If you are on Level 2F (F indicates floor) heading down, and the elevator is coming from Level 3F you would expect it to pick you up on its way down. Yet, if someone on Level B3 (B indicates Basement) calls for the elevator before you, it will first pick up that person.

I don’t know how it works, I just know that taking the elevator is the biggest pain in the neck.

And finally, there is an urban legend that originated in Korea that says you can enter a different dimension if you ride an elevator through a sequence of floors. Not exactly family friendly though.

► For Kids: No matter how rough riding an elevator in Korea may be, learning nuances of different cultures is always an enriching experience.

I still just don’t understand why the doors don’t close on their own.

► What We Learned: Even though taking the stairs may make you feel the burn of your quads, there is a unique kind of suffering when you opt to take the elevator instead.

Have you ever lived in a foreign country and realized that even some basic parts of living are not uniform around the world? Tell us all about it in the comments!

► Nap-Time Version: The rules for riding an elevator in South Korea definitely came from the North Korean Jung playbook.

Check out more of our amazing summer spent in South Korea living in the World’s Smartest City and indulging in the most amazing desert in the world: Bingsu!