Home Play Time Cruises Shopping at Sea Aboard a Disney Cruise | Where to get your... 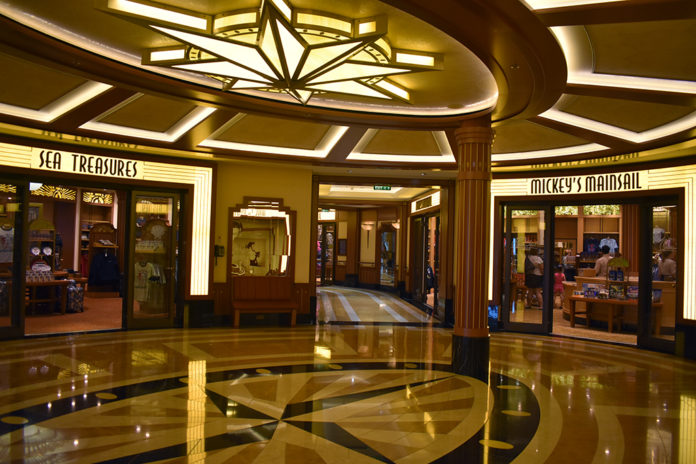 It is Disney after all, so it should come as no surprise that they’ve even managed to monetize the heck out of each of their Disney ships. You have your choice between Sea Treasures, near the lounge near the forward elevators, or Mickey’s Mainsail and White Caps which are located centrally outside the Buena Vista Theatre. Convenient, because that’s where you’ll be heading every night for your evening entertainment and to visit a lot of Disney characters. Considering how much you paid for your Disney cruise, what’s a few extra hundred to drop on a few plushies and souvenirs? These stores are where you’ll grab all those (I understand technically this isn’t monetization, but what’s the difference when it comes to throwing more money at Mickey Mouse?).

At these stores you’ll find a wide array of merchandise, not dissimilar to what you’d find in any Disney store across America. What I found disappointing, is when stranded in the middle of the ocean, they don’t have any of the basic items that you might find yourself desperate for. Eyeglass wipes or lense cleaner, a rubber camera lense cap, and safety pins are nowhere to be found. These are strictly Disney stores, not convenience stores. If your kids favorite Disney stuffed animal went overboard, you’ll be able to replace it, but don’t count on much else other than tons and tons and tons of candy.

The stores are also closed while docked at port. Due to maritime law, they are only allowed to be open while at sea. If you are planning to go shopping while the ship is empty and everyone is on land, plan otherwise.

If you want to take it up a notch, the Disney Cruise Ships the Fantasy and the Dream also have a Tiffany & Co aboard.

► For Kids: Steer clear, all you’ll find is lots of overpriced Disney merchandise.

I only browse the clearance section of the Disney store anyway, so I found the prices onboard to be particularly egregious. Are we alone in this? What is your take on the Disney merchandise money making bonanza?

► Nap-Time Version: Where to spend more of your hard working money on a Disney Cruise ship.

Check out our favorite things to do aboard a Disney Cruise ship, like eat at Triton’s, Tiana’s, and Animator’s Palate!