Home Where Are We Going? Asia What You Need to Know for Your Family Field Trip to Peace... 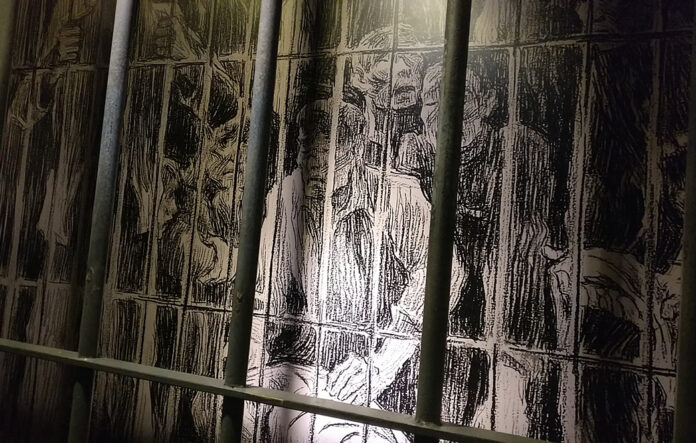 Today was our last day in Korea’s Hawaii; a little paradise known as Jeju Island. We didn’t know before today, but Jeju Island played an integral part of the division between North and South Korea. In advance of our Korea DMZ Tour, and living here as temporary expats we wanted to spend some time worldschooling on Jeju to learn more about the history, culture and narrative of the country we are living in.

Day 23 South Korea Family Travel Journal
Worldschooling on Jeju Island:
What You Need to Know for Your Family Field Trip to Peace Park

제주4·3평화공원
4.3 Peace Park
430 Myeongnim-ro, Bonggae-dong
Cheju, Jeju-do
Phone: 064-723 4344
Hours: Sunday thru Saturday 9am – 6pm | Closed 1st and 3rd Mondays of every month
Price: Free
Free strollers and wheelchairs are provided for guests, as well as lockers to store personal belongings. We were able to store our carry-on luggage and backpacks during our tour, with just a ₩100 deposit. There is also a cafe, but it does not serve food.

In my lifetime, I’ve never known a time when Korea wasn’t divided. And history is like that, it can often feel like the way things are now are the way they have always been. Or imagining that people that lived before you, in a time period that feels so far removed, must have been so different.

Except neither of those are true. In reality, there are displaced Koreans all over the world that call themselves ‘Chosun’ – a nationality from before Korea was divided.

One of our most cherished reasons for worldschooling is the ability to obtain a different perspective of world events outside of American history. Every time a story is told, depending on the narrator, it comes out a little bit differently. We discovered this poignant fact in glaring veracity when we visited the Hiroshima Peace Memorial Museum.

Worldschooling on Jeju Island offers a harrowing window into how war, super powers and greed took hold of a nation and divided it. Japan used Jeju Island as a slave labor camp for over three decades and then, following World War II, when Japan was forced to relinquish control, the US and the Soviet Union stepped in to claim ownership over the Korean peninsula. All the while, the Korean people just wanted freedom and autonomy.

We learned about the Auschwitz-like Concentration Camps on Jeju Island, the burning of villages that left only 5% of homes standing, orders to kill anyone within 5km of the ocean after the people fled from the fires and devastation, people hiding in caves massacred with grenades and the assassination of peacekeepers. Ultimately throughout the conflict over 30,000 men, women and children were slaughtered and killed.

The Peace Park is a memorial to those victims. 14,000 unmarked graves are honored here as a commission to uncovering the truth of these events and remembering those who fought for the Korean nation and the right to live free from sovereignty.

Our family spent about two hours here worldschooling on Jeju. Because it was raining we were relegated to the indoor museum, but we would have spent several more hours had we been able to tour the grounds outside. Jeju Tourism offers a thoughtful write-up of their experience here.

Our twins are just old enough now to truly begin to grasp that our lives on this planet may be much harder than they’ve experienced up to this point. Our children struggled immensely with the lessons learned here, and Pie had a very difficult time reading through the details of what occurred here. We are grateful nevertheless for the opportunity worldschooling on Jeju and learning about this ugly excerpt of the past.

Update: We took our family on a Korea DMZ tour and saw into North Korea including Kaesong and Peace Village while learning more about the Korean War.

When we left the museum to get our taxi it was raining and a kind Korean offered me his umbrella so the baby wouldn’t get wet. He walked us all the way to the taxi and then assisted in telling the driver where we wanted to go. This is worldschooling on Jeju, teaching our children to transcend historical blights to lead a bright future.

We still had a few hours before our flight, and as it was raining, we decided to explore Dongmun Market. We’d had so much fun exploring Bupyeong Market in Incheon and Namdaemun Market in Seoul that we wanted to see what treasures this market held.

This being our fourth Korean market we can now officially say, Korean markets are legit. This is an outdoor market that is covered and partially indoors. By our estimation, and compared to the markets our family has visited thus far this trip, this market was a cross being Sinpo International Market and Namdaemun Market.

Our family found rows and rows and rows of fish, and while we were counting fish, the vendors were counting how many children we had. In the video below you can hear me say four a few times. We were stopped over and over again. The snippet below just shows three minutes and one aisle of the Dongmun Market.


Candy in Jeju is as coveted as the Hallabong and saw aisles and rows of candy. Had we not already purchased ours at the waterfalls, our family would have definitely picked some up here like we saw all the locals with their suitcases doing in preparation for going to the airport.

I was so tempted to purchase some fabric when we found an entire indoor building covered in beautiful textiles and tailors working on clothing. Had we more time, or any space in our luggage I would have spent hours here. I know my sister would have loved a special gift from here.

We crossed off the last food item we wanted to try on Jeju Island: Peanut Ice Cream! Gabriel declared it was his new favorite flavor. Covered in chopped up peanuts, it was the perfect balance and lived up to the reputation. We got more black pork and grabbed a plate of it for ⅓ the price they sell it at Triple Street.

Our kids also got another chance at worldschooling here at Dongmun Market. One vendor stopped them to let them touch, feel and squeeze some spoon fish (Gaebul), octopus and rockfish.

It was such a unique experience, and Eclair couldn’t get enough!

The spoon fish were like stress balls, and the octopus stuck to her fingers. You can hear her say in the video I just want to squeeze it!


Dongmun Market on Jeju Island is definitely a must stop for any traveler coming to Jeju Island, especially with kids, but definitely bring an extra suitcase for all the goodies you’ll find.

We ended the day by singing along with Korean opera in our taxi on the way to the airport and flying home on our new favorite Asian carrier Jin Air!