Home Where Are We Going? Europe Family Restaurant Review: Surf and Turf in Kirkenes, Norway | The Only... 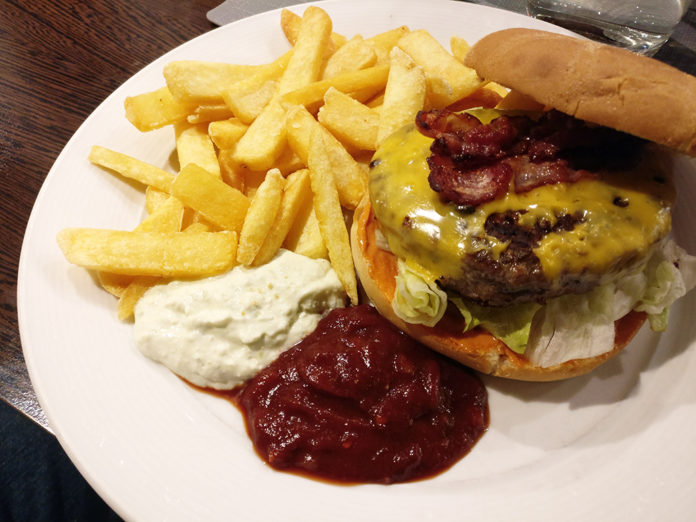 During our entire eight day trip to Norway, we only ate at three restaurants for a total of three meals. Everything was either closed, insanely overpriced, or unappealing. That means we lived off of snacks and were starving the majority of the time. We devoured our meals on the Hurtigruten, and Pepe’s Pizza at the airport filled a very empty void in our stomachs, but Surf and Turf in Kirkenes, Norway was not only ridiculously expensive, but mildly appetizing. 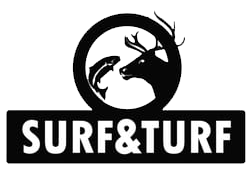 While we were extremely grateful to have found an actual restaurant that served actual food, it wasn’t that this place was bad, we just weren’t all that enamored with the menu choices. As much as we love fried food, we were kind of over the unhealthy choices by this point.

The menu was underwhelming which may have been in part due to the time of year we dined, but I’m not entirely sure; hamburger, steak, fish and chips, and pasta – all with french fries. The only condiments Surf and Turf offered came in packets. Ketchup and mustard packets which seemed really cheap considering how pricey the meal was. The food was so so; nothing remarkable, nothing devastating.

We chose Surf and Turf because other than a pizza parlor it was the only place open. There was a cafe and a Chinese food truck supposedly open for two hours midday though we never actually saw them open. To be fair, I don’t think I ever knew what time it actually was. The entire town was deserted.

► For Kids: If nothing else, they will love playing restaurant with the ketchup and mustard packets.

Have you dined here at Surf and Turf, or elsewhere in Kirkenes? What was your experience? We’d love to hear about it in the comments!

► Nap-Time Version: If you are in Kirkenes during the winter and everything is closed except for your stomach, consider it. But come with wads of cash, because Surf and Turf is expensive.

Check out our impression of the city of Kirkenes itself and how we got there on the Hurtigruten cruise.