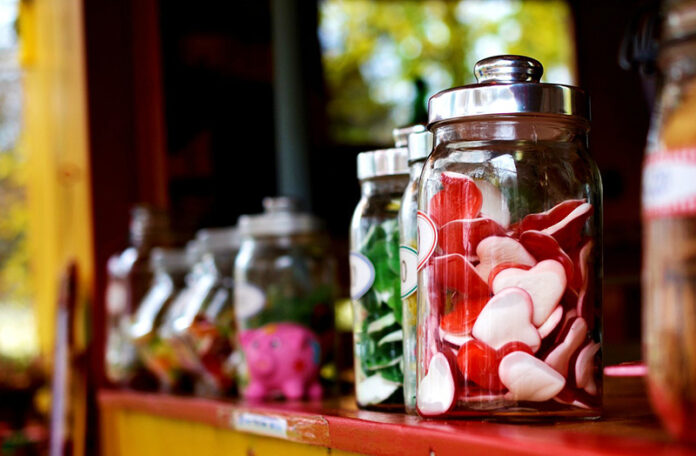 With the exception of our two night Hurtigruten Cruise we spent a huge majority of our time eating items from the local 7-11, or Norwegian equivalent Narvesen, during our two week Christmas trip to Norway.

We found all the best Norwegian Candy, and not because we love “food-like” items that never have an expiration date, but because most of the country was closed due to the Christmas holidays.

Norway is a country that truly respects Christmas. More on that…

During our time in Kirkenes alone, nothing was open except the hotel restaurant and it was entirely unappetizing due to the exorbitant price tags. We had to get pretty clever and ingenious when it came to feeding our hungry brood and we discovered a lot of yummy treats during our stay!

These are the 8 best Norwegian Candy treats, snacks and local drinks!

No compilation of treats in Norway would be complete without the national yogurt.


A lot of people thin it out with milk and add a little cinnamon and sugar, but we bought ours in good ol’ modern twist top packets in fruit flavors.

Our children loved them! The closest equivalent you can get in the States is Siggis yogurt.

If there is one thing we noticed in Norway, it’s that everything has less sugar. Things that would give you tingly tongue in the states, has a much milder and less synthetic taste to it in Norway.

Just like Mamba, these rectangular chewy candies come with four different flavor packages in one treat. My kids didn’t prefer whatever flavor came in the silver package (I think it was gas water), but the rest of the flavors were a fabulous hit.

This is the Norwegian equivalent of Peru’s Inca Kola. Yes, it tastes like cotton candy; a Norwegian candy drink if you will.

Perfect for little ones.

It is smooth and sweet, and marketed to minor’s as an alternative to ale. There is an alcoholic version of it as well.

This drink is only available at Christmas time, and can be featured in either red or caramel colored. The color doesn’t change the taste, but is only indicative of where it was brewed.

This was one of our absolute favorite Norwegian Candies and bought it wherever we could find it.

This is the best drink in Norway! Unfortunately, it’s virtually impossible to find in America.

We can’t pass up the chance to buy gads of these overpriced candy slash toy treats slash Norwegian chocolate whenever we are in Europe.

I thought they were big in France, but they are on every single shelf in Norway. They are in the deli section, the bread section, the fruit section, and the candy section.

Try getting your kids to keep their hands off this Norwegian chocolate when you are assaulted at every corner.

Now that the ridiculous ban has been lifted in the United States they aren’t quite so much a novelty, but we love them all the same.

Chocolate! And we all know that European chocolate is the very best.

The national favorite brand of Norwegian chocolate are Melkesjokolade. They are like a higher end, thicker, and bigger version of Hershey’s.

Norwegian chocolate brand Melkesjokolade technically originated in Sweden and comes plain, with nuts, and with nuts and berries. It’s almost as prevalent as the Kinder Eggs.

In the 1920’s it was considered Europe’s best chocolate, in part because it wasn’t imported, and so it retains a sort of national pride for the people of Norway.

Their love, and ours, has never faded.

Norwegian’s consume 40 million marzipan delicacies just during the Christmas season alone in Norway. It’s no surprise that marzipan is the national treat of this fjord laden country!

Traditionally the treats come shaped as pigs, in fact one bank thought it would be quite festive and jolly to sculpt a pooping pig in the lobby of their bank for Christmas a few years back.

If this doesn’t suit your tastes, you can also find Marzipan in other shapes like long sticks covered in Norwegian chocolate – which is what we saw the most of.

They are delicious and the best Norwegian candy, bar none!

The best way to describe this delicious confection is like a gingerbread oreo.

The cookie is gingerbread and it’s filled with a Norwegian chocolate frosting. The combination is perfection. While you can get traditional Pepperkaker (gingerbread cookies) year round, the chocolate filled ballerina versions are only available at Christmas.

What I wouldn’t give to find these Norwegian candy treats in the States!

These weird bbq, mesquite but somehow not tangy, chemically flavored potato chips in the shape of a chicken fried drumstick wasn’t actually even close to one of our favorite Norwegian candies.

But, it was the weirdest treat we couldn’t resist checking out. Technically, Santa stuffed Gabriel’s Christmas boot with them, and he was the only one who tried them.

We were all satisfied enough with his description. Even though they may not have been our favorite, locals loooove them!

► For Kids: Our kids love to try the local treats whenever we travel. It connects them to the other children that live in this region and helps them imagine what life could be like in another country.

Are your kids willing to try new things when you travel? We have a rule in our house that you try everything, especially Norwegian chocolate.

► What We Learned: Fried Chicken is best from a bird.

Did we leave any of your favorites out? Let us know what we missed in the comments!

This dude never went to Norway, but was sure to make a YouTube video of a bunch of Norwegian candy. He sounds trustworthy.

► Nap-Time Version: The 8 Best Norwegian Candy That Might Surprise You

Check out our compilation of the best Japanese snacks and the best Korean snacks to buy too!