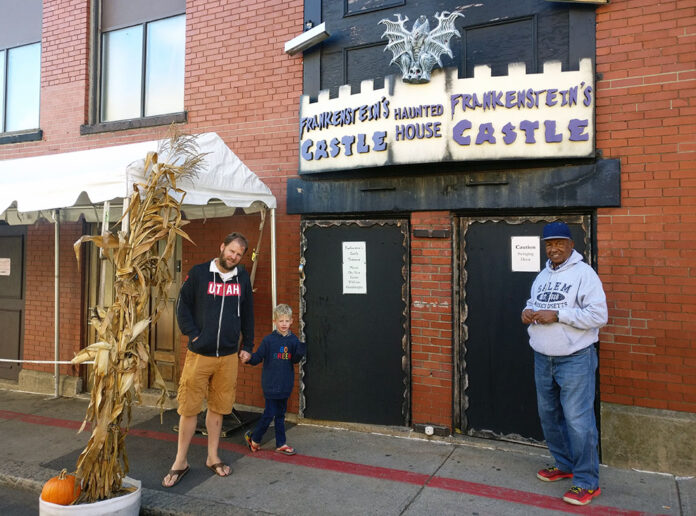 In Salem’s Witch Village there are four attractions to choose from. Day time hours include Frankenstein’s Castle and Salem’s Wax Museum, plus two occurring after dark: A Candlelit Tour of Salem, and a Spell Casting Session. There are also a few shacks set up for village eats, and a couple booths to pose for pictures as witches.


The haunted house is located in a portion of Salem’s Wax Museum. After entering, the doorman will slam the door shut a few times in an attempt to startle you, which is in no way frightening as you just watched him do it for all the people in front of you in line and now know to expect it.

Frankenstein, and his monster, are notably missing from the attraction, and instead a clown has taken over the cave. Supposedly, it has scenes from Frankenstein’s lair although with the strobe lights flashing wildly it was too dark to see anything.

Only one group is allowed in at a time, partly because the attraction is so short, partly because there is only one clown in the arena to scare you. We groped our way through the small corridors in the short maze, witnessed the clown pop out from behind a curtain four or five times and then heard him scamper off to the next designated spot.

In three minutes we reached the finale where the clown turns on his vacuum cleaner. 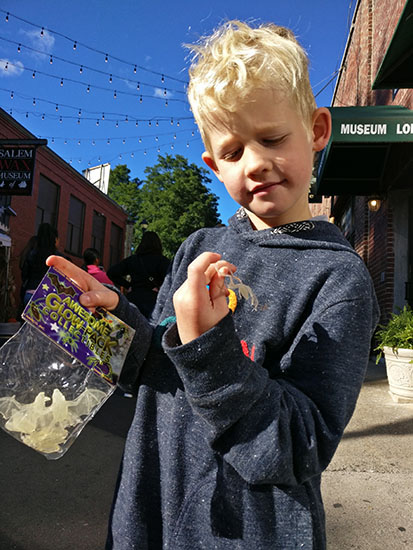 The doorman gave our son a bag of glow in the dark insects as he exited. We considered it a consolation prize.

Have you been to Frankenstein’s Castle? No, not the one in Germany. Actually, yes, let’s chat about that one, because this one doesn’t deserve anymore space on the internet.

► Nap-Time Version: Frankenstein’s Castle is no Haunted House. This is a complete misnomer for this pathetic hall of dissatisfaction.

Check out our activities in Salem, Massachusetts this Halloween! Including the Witch Dungeon Museum, touring Harbor Sweets!