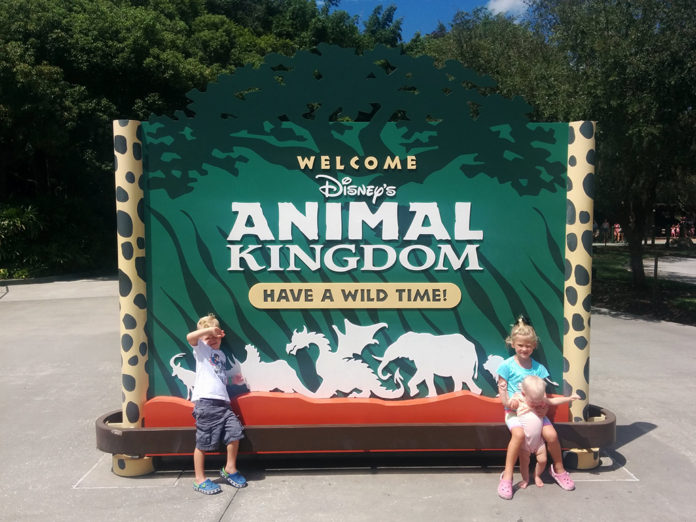 Disney’s Animal Kingdom is hands down our favorite park of the entire Disney park system the world over. Animal Kingdom pays homage to the land on which it is built, reverently mimicking the landscapes of the continents which it emulates – so it makes sense that it’s the best park Disney has to offer!

The Kingdom is comprised of six different lands, all representing a different part of the planet Earth, or a concept that emulates giving life and growing:

The cultures and belief systems of the native people in the named area’s represented at Animal Kingdom are well integrated and offer exploration and discovery in their respective counterparts.

Is Animal Kingdom a Zoo?

In blunt terms, you could call Animal Kingdom a zoo, but it is much more than that. It is a completely immersive experience, that does a remarkable job of transporting you to the African safari or the Himalayan Mountains, all in Disney fashion of course.

This park, interestingly enough, is the hottest park out of all four Disney theme parks in Orlando. Due to the density of the trees and foliage, it traps in extra heat and humidity, and you can definitely feel it.

This park was traditionally a half day park, opening at 9 am and closing at 5 pm. This was said to provide quiet time for the animals to rest, though as they’ve since expanded the Kingdom to include Pandora this park has grown to a full day park.

The exterior entrance to Animal Kingdom showcases a beautiful marquee covering the span of the gates with wildlife, foliage, plants, flowers, and shrubbery covering every square inch of the landscape aside from the walkways.

Passing through the front gates places the guest inside the Oasis.

This area is easy to overlook, and walk directly through, but if you take the time to look at what this area has to offer you’ll find tropical garden exhibits and exotic animals. There are tunnels through the overhanging tree trunks, while the exhibits themselves blend into the scenery.

Walking through these gardens truly sets the stage for what you’ll experience at Animal Kingdom.

From the Oasis, you’ll continue across the bridge to the center of Disney’s Animal Kingdom, and the tree of life.

> The tree of life is the best attraction at Animal Kingdom in Discovery Island.

The tree is a monolith sized tree where from each of the individual lands branch out from. The paths weave around the tree forming not just pathways, but trails to appreciate the beauty of the land, and of the tree, including many of the animals that reside here.

The tree itself is a work of art.

It has carvings and stories etched on the tree itself, and underneath it is an auditorium. It can be seen from every area of the park. At night, it comes to life with a light show that depicts the great circle of life through Disney showmanship.

The land of Asia is found North of Discovery Island and just to the west where you are transported to the land of Anandapur, a blended mix of India, Cambodia, Thailand and other Asian countries.

Here lies the vast and treacherous Mt. Everest with it’s foreboding tales of the abominable snowman who lives in its shadow.

> Mt. Everest is the best attraction at Animal Kingdom in Asia.

With so many highlights in this park, Mr. Everest is just one, but it is the solitary roller coaster and the main attraction. This land also shares part of its jungle trek nature walk with Africa and is home to a very impressive bird display.

Africa contains the other half of the Exploration Trail and our absolute favorite experience of the park: Kilimanjaro Safaris.

> The best attraction at Animal Kingdom in Africa is definitely Kilimanjaro Safaris.

There isn’t much else here, because Kilimanjaro is the penultimate attraction that Disney has to offer the world over.

The oasis found here provides an unparalleled experience in a theme park, a habitat where you forget where you are.

Animals on this safari roam freely in a world that as closely as possible resembles the home from where they originated. The plants are native, the surroundings are invisible, and the animals live as if they were unencumbered.

Each safari is unique in what is witnessed or seen, and each one is not restricted by a specific time. If an animal is on display, it is meant to be revered without restraint.

North of both Asia and Africa, by way of the Wildlife Express Train, is Rafiki’s Planet Watch.

Part of what is so unique about this aspect of the park is that the train will guide you past the housing sections of the park, and a huge portion of the 600 acres that make up Animal Kingdom.

Rafiki’s Planet Watch is made up of two sections, the Affection Section and the Conservation Station. Both areas offer a hands on experience.

> The Affection Section is the best attraction at Animal Kingdom at Rafiki’s Planet Watch.

With a petting zoo full of escaping pigs, goats, and sheep, reptiles housed indoors, and a self guided sustainability walk, this part of the park is so fun for the kids.

Plus, Chip and Dale are often found here conducting activities and Rafiki will pose for pictures indoors at the Conservation Station as he surveils the kingdom therein.

In the southwest corner lies, Pandora, Disney’s newest creation at Animal Kingdom fashioned after James Cameron’s feature film Avatar from over 20 years ago. If you’re like me and weren’t that impressed with the movie, that will have absolutely zero bearing on enjoying this area of the park. It is replete with everything that was breathtaking and tantalizing from the movie including a plethora of new species of plant, animal and wildlife.

This land is brimming with creativity and illusory enchantment from the floating mountains to the bioluminescent plants that come alive at night.

This is an area of the park that should be visited and explored both day and night.

> The best attraction at Animal Kingdom in Pandora, is of course, Avatar Flight of Passage.

On this ride you merge with one of the Na’vi and board a banshee to fly through the floating mountains!

As you can guess, Dinoland USA pays tribute to the yesteryear of planet Earth with a bit of hokey commercialization mixed in. It’s more of a carnival type affair with an Indiana Jones from Disneyland California ride type ride but with Dinosaurs.

> The best attraction at Animal Kingdom in Dinoland is Dinosaur.

On this ride you will be sent back in time to retrieve a dinosaur egg for one of Disney’s scientists. Nothing could possibly go wrong!

There are plenty of character meet and greets from the fab four to even getting the opportunity to meet Doug and Russell. After meeting Doug and Russell you can go on a wilderness explorers adventure and earn your very own badges that will lead you all over Disney’s Animal Kingdom.

There are also a few shows scattered throughout the park including two phenomenal Broadway style re-tellings of Nemo and Simba that should not be missed, a few animatronic ones we could do without, and one on the water, which we have mixed reviews about.

> Do not miss The Lion King Show! It is, hands down, the best attraction at Animal Kingdom!

Believe it or not, we actually rank several of the restaurants among the best attractions at Animal Kingdom!

► For Kids: From getting lost in the jungle to a petting zoo and a real life safari there is something for everyone from young to old. Our children love this park as much as we do and running to and from each one of the best attractions at Animal Kingdom is as exciting as anything else that Disney has to offer.

Do you agree this is Disney’s best park? What do you think is the best attraction at Animal Kingdom?

► Nap-Time Version: Everything You Need to Find the Best Attractions at Animal Kingdom from rides to food to shows!

Wondering where you should eat at the park? Check out the Top 11 Restaurants at the park, and the best Animal Kingdom Lodge Restaurants.