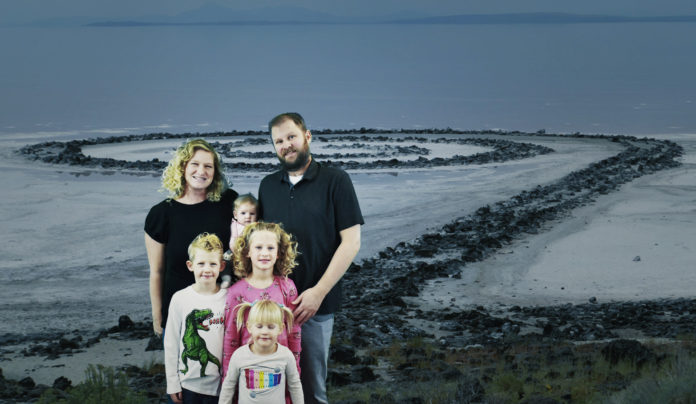 This is a far cry from our mileage last year in 2017, and not nearly as much as we expected to do coming into this year. We also didn’t expect to buy a complete fixer upper or have a baby, so all things considered here we are. Our 2018 Year in Review also includes completely gutting and refinishing our entire basement including moving a laundry room and connecting new plumbing to the main drain, installing a soaking tub, and knocking out two supporting walls amongst other things. We also brought a beautiful new baby girl into this world that has filled our lives with an incredible amount of joy and will officially be wearing the diapers on a plane.

We planned on traveling to Philadelphia, Pennsylvania (thwarted due to a work trip); Machu Picchu, Peru (cancelled due to pregnancy and elevation); Transylvania, Romania (usurped by the basement remodel); and Abisko, Sweden (also usurped by the basement remodel). We did manage to visit Orlando three times and squeeze in some time at Walt Disney World along with lounging on the Disney Cruise Ship Fantasy for a week sailing through the Caribbean.

As in years past our mileage is a little rough, but approximate enough. We didn’t calculate all the extra driving distances from the airport to our individual specific destinations, but we definitely counted all the crazy routes we had to take courtesy of flying standby.

This is our 2018 Travel Year in Review. We started off in…

One our way home from Norway, we started the year off celebrating in Amsterdam, the craziest city you could find yourself in on New Year’s Eve! The celebrations and the people participating were without any scruples, common sense, or fear of endangerment. It was chaos, but it was celebratory chaos led by a city that understands how to live life without pause. We loved the life here and the spaztic celebrations, and though we did nothing but watch the fireworks and see the canals lit up in the darkness, our experience in Amsterdam was epic!

In February of our 2018 Year in Review we took the kids to Disneyland for our last ever complimentary trip to Disneyland courtesy of the Mouse himself. Gabriel’s parting passes from when Disney shut down his studio were nearing their expiration so we decided to take a day in February and brave the crowds. We tried out the Max pass, rode Guardians of the Galaxy as many times as possible and ate our favorite corn dogs in the universe!

We’ve been making an annual trek to San Fran for the Game Developers Conference since 2008. Like in the past, this year was no exception, and even better because it was sponsored by Gabriel’s University. Since they were springing for the hotel, the kids and I decided it was a great opportunity to stay and play. We went to the Wharf, we did Union Square, we played in the pool, we shopped on Market Street, we rode the trolley and we celebrated Gabriel’s birthday on the 19th!

Exploring San Francisco today with these three cuties! We come here every March with Daddy for GDC and love gallivanting around the city, taste testing bakeries, and shopping for treasures while Dad is at work. Gabe and I have come to SF more times than I can count, so it’s extra special to come here with the kids and show them all the places we love in the big city. ** ** ** ** #diapersonaplane #cleandiaper #metro #sanfrancisco #cablecar #muni #explorecalifornia #3kids #creatememories #creatingfamilymemories #adventure #familytime #familytravel #familytravelblogger #lpkids #wandering #publictransportation #thekidswillplay

We finally crossed off the last Disney park the world over for the twin’s 7th birthday: Typhoon Lagoon. Though they’d been to Disney World nearly a dozen times, we’d never visited this water park. We decided to surprise all the kids, so they didn’t know where we were going until the plane landed and they started reading the signs in the airport. They figured it out pretty quickly after that. We booked dinner at 1900 Park Fare with Cinderella’s evil stepsisters, and even had a special cake made for each of the twins for their special day. It was a fabulous celebration! Then, because flights looked terrible coming home from Orlando, we took a road trip down to Fort Lauderdale and flew home from there.

Ever since our first Disney cruise in 2016 we’ve become a little obsessed. Not only do we want to be rocked to sleep by the melodic waves of the ocean, fed indulgent meals every hour of the day, play with Mickey Mouse and friends, but we want to cruise on all four of Mickey’s grand sea vessels. We crossed off 3/4 of Mickey’s Ships in May for our 2018 Year in Review and got to relax on Castaway Cay in the early summer on top of it!

This was such a hard decision to make, being 7 months pregnant, yet still wanting to celebrate our 16 year wedding anniversary. We almost traveled to Morocco, cancelled a trip to Machu Picchu, and finally settled on Mexico having wanted to come back since we got a taste of the Riviera a year ago. We booked a tour through Alma’s Tours to visit one of the wonders of the world: Chichen Itza, swam our way through as many cenotes as we could find, and bronzed our skin with pure vitamin D. We didn’t get stranded coming home, and that was a plus.

It’s been an incredible year! Our 2018 Year in Review includes visiting 2 continents including 1 of the Wonders of the World, experiencing our 3rd Disney Cruise Ship, crossing off the final Disney Water Park that had eluded us, remodeling a basement, and bringing a beautiful new baby into our family!

Our plans for 2019 include introducing Miss Molasses to the Caribbean for her first trip; a whirlwind trip around South America over the summer including Machu Picchu (having cancelled two prior trips it’s Machu Picchu or bust); Spring Break in Atlanta, Georgia; Christmas in Germany; sledding down the Sand Dunes of Colorado, and taking the kids crabbing on the Oregon Coast. Even as I type this I can already think of how our plans will be changing. Where do you think we should we head in 2019?

What was your family’s favorite adventure from your 2018 Year in Review? Where did you go? What did you experience? What wild adventures will you remember forever? We can’t wait to hear all about it!